Now what am I supposed to watch? 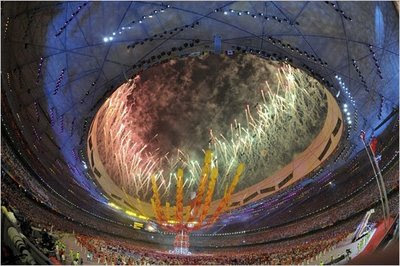 The Olympics are over.

What am I going to do now? I spent my lunch hours watching the obscure stuff. But I learned things too. For instance, apparently in water polo, a tie is just as good as a win. At least it was the day NBC choose to air a women's water polo match during my lunch hour. Other days I watched fencing, equestrian or rhythmic gymnastics while munching on my ham sandwich.

About the equestrian events. How do they get the horses there? Do they have to buy a special ticket? Do the horses ride in the luggage compartment of the plane? Or do they get the shaft and have to make the long trip by boat? Just something that I thought about while watching them jump over fences.

And once I got home at night, it was a no brainer. My television would be tuned into NBC, even if I wasn't actually watching it. At least I could hear what was going on. 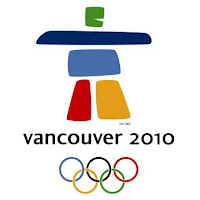 ater Cube. Or the gymnasts. Or the divers. And the track and field athletes who lived out their Olympic moments at the Bird's Nest.

I miss the Olympics already.

Good thing the 2010 Winter Olympics in Vancouver, B.C. start in February 2010. That's just a more than a year before I can get my next Olympic fix.
Posted by Badgergirl at 8:56 PM

Email ThisBlogThis!Share to TwitterShare to FacebookShare to Pinterest
Labels: The Olympics

How do they get the horses there is a really popular question! Read this: http://www.nytimes.com/2008/07/24/sports/olympics/24horses.html