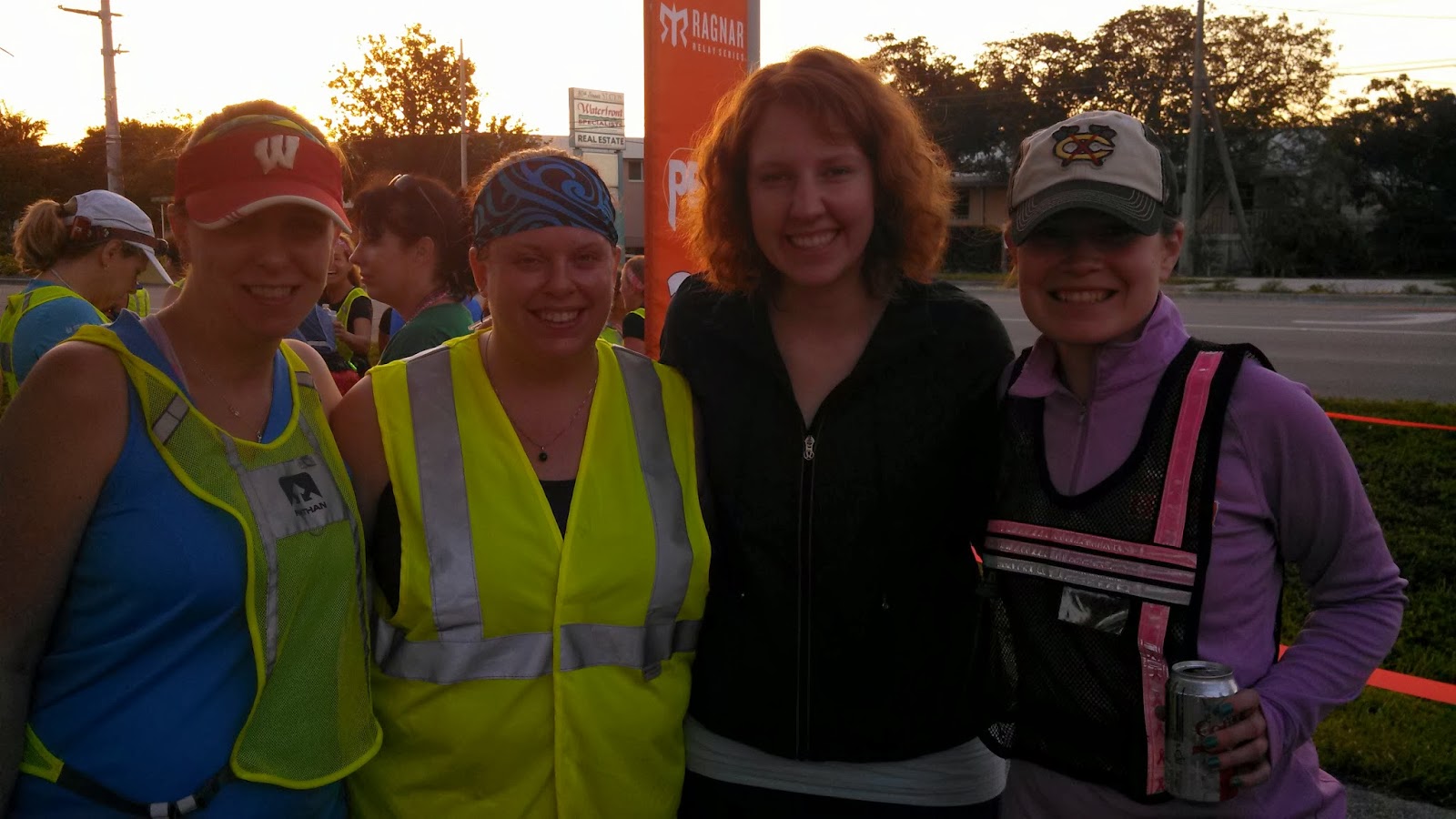 Two-thirds of Van 1 getting ready to start our last legs.

After getting a couple of hours of sleep at the sketchy hotel, an alarm went off, telling us it was time to run again.

So we gathered up our bags and headed back downstairs (in the dark, it was like 5 a.m. or something) to the SUV and off we went to the major exchange. This exchange was located at the airport on Marathon Key. I never actually saw a runway, but I did see a hangar and the grass field that we parked in.

Soon it was time for Erica to set off on her final leg. Once she finished and Kelsey took off for her jaunt across the Seven Mile Bridge, the rest of us hit up a McDonald's in Marathon for some food. I'm telling you, hot cakes are a good way to fuel in prep for a run. 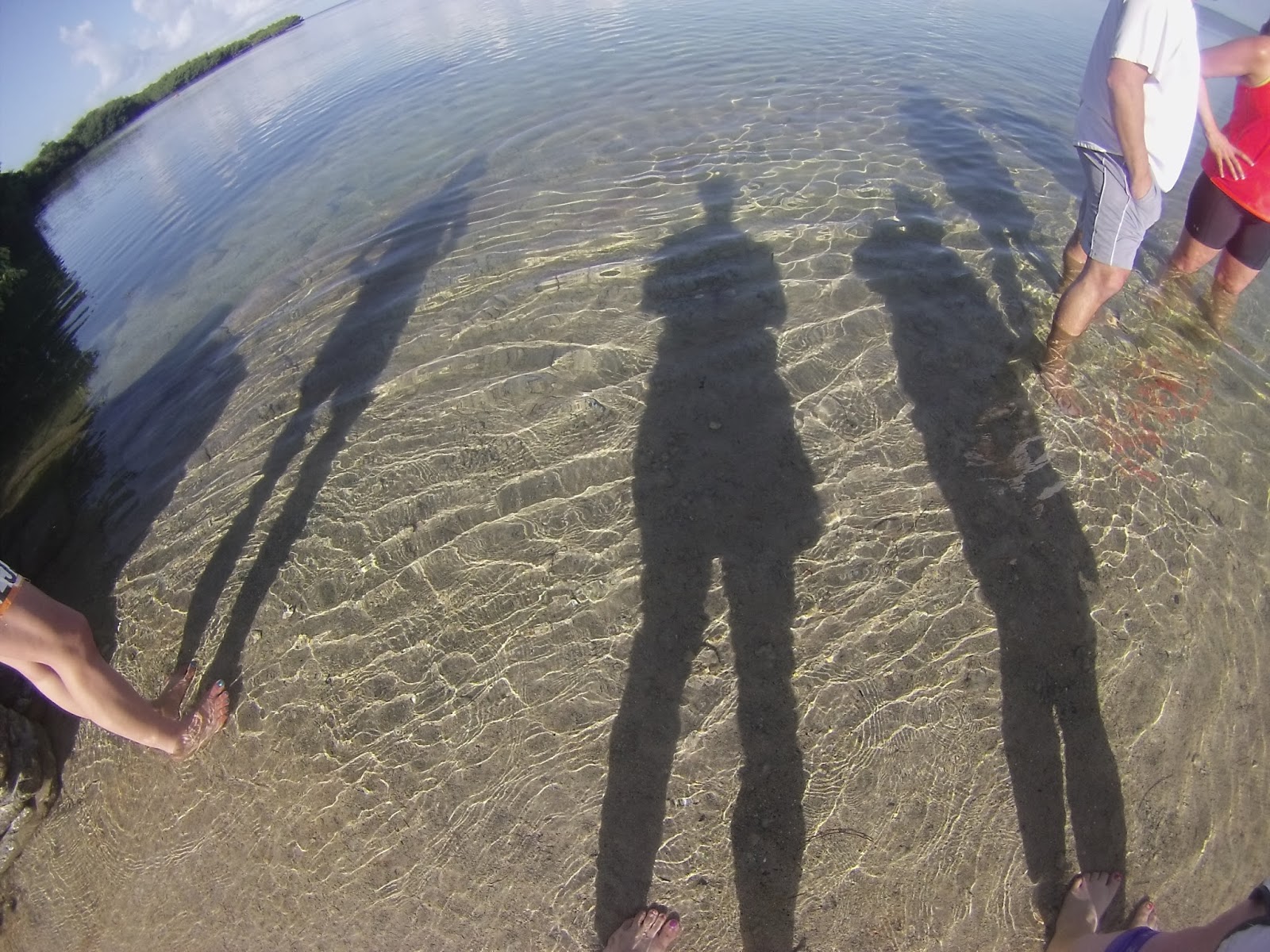 I got to play in the water while waiting for Kelsey to run across the Seven Mile Bridge.

It was only mid-morning, but the sun was out in full force and there wasn't a cloud in the sky. Oh, and the temperature was flirting with 80. Not a good sign of things to come.

Eventually it was my turn to run.

I had 5.2 miles to run. Once again, it was a straight shot. Start on one key, run over a bridge, run through another key and one more bridge before finally ending on a third key. I think I started this run around 11:30 or noonish. Remember how it was warm in the morning? It was even hotter by this point.

I took off for my run and was immediately faced with the first bridge. I just kept it steady. One foot in front of the other. And I stuck as close to the side of the bridge as possible in hopes of getting a little bit of a breeze, which I did. I passed one runner on the bridge.

I got to the other side of the bridge, saw my teammates and was still feeling OK.

Then somewhere around Mile 2 the bottom fell out.

It was hot. The sun was beating down on me. There was no shade. And once I was off the bridge, there was no breeze. I slowed way down. Walked a bit. But that wasn't helping. My head was feeling funny. I was a bit dizzy. Just not feeling right.

Because I know my head (remember The Monster?) and I know what will trigger a nasty migraine. Heat is one of those things and I really didn't want to spend the rest of my vacation in Key West dealing with a migraine and the after effects. 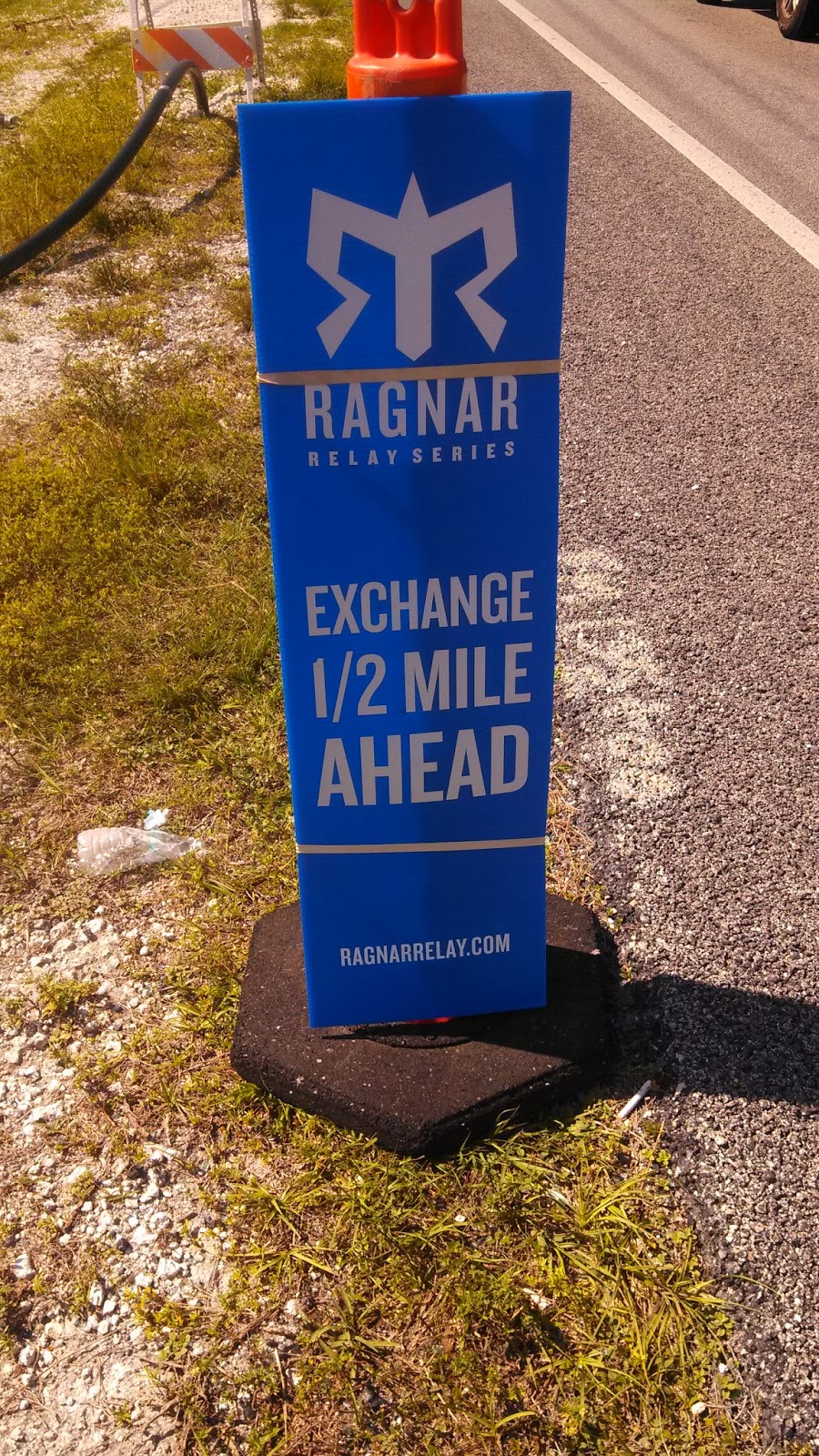 So I basically shut it down. When I came across my teammates again, I told them this. One of my teammates offered to run the rest of my leg (and her leg that immediately followed) for me, but I said no. I wasn't going to be that runner who quit. I'd finish the miles, it was just going to take me longer than expected.

I will say one thing, the other runners and teams out on the course were amazing. So many offered water or Gatorade. I did get some ice from a van full of guys at one point. I promptly shoved it down my sports bra.

I eventually finished. Grabbed a Diet Coke and pretty much downed it in a couple of gulps. Then we headed off to the last major exchange to meet our runner and hand off running duties to Van 2. 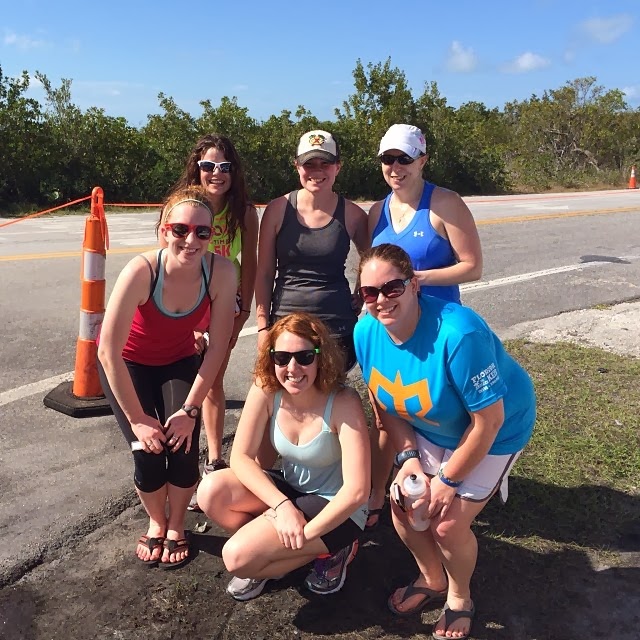 Then it was off to Key West! We checked into our hotel and took a quick shower. Then we set off on foot (apparently we hadn't run enough miles in the last 36 hours) for Higgs Beach, where the finish line and post-race party were being held.

We got there with about 20 minutes to spare before Ian, our final runner got there. Then Team #Whale ran as a team through the finish line arch, had some photos taken and then headed off to claim our free beers. Most of Van 2 headed off to the hotel to get cleaned up before we all met up for dinner. And while the plan may have called for heading out for a few drinks on Duval Street, I'm pretty sure most of the team was dead to the world by 10 p.m. At least I was. 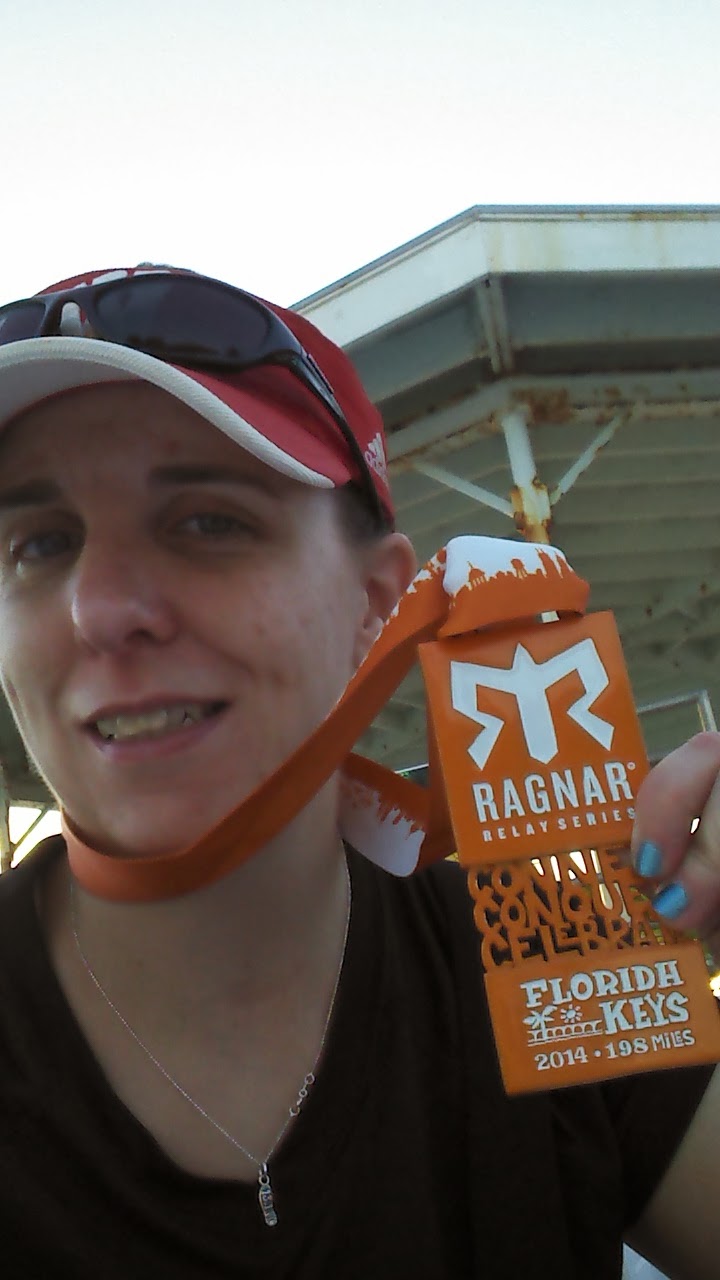 Stay tuned for a recap of what else I did while I was in Key West.
Posted by Badgergirl at 8:00 AM

Congrats on a strong finish! Dealing with the heat is no joke. Glad you got rehydrated.