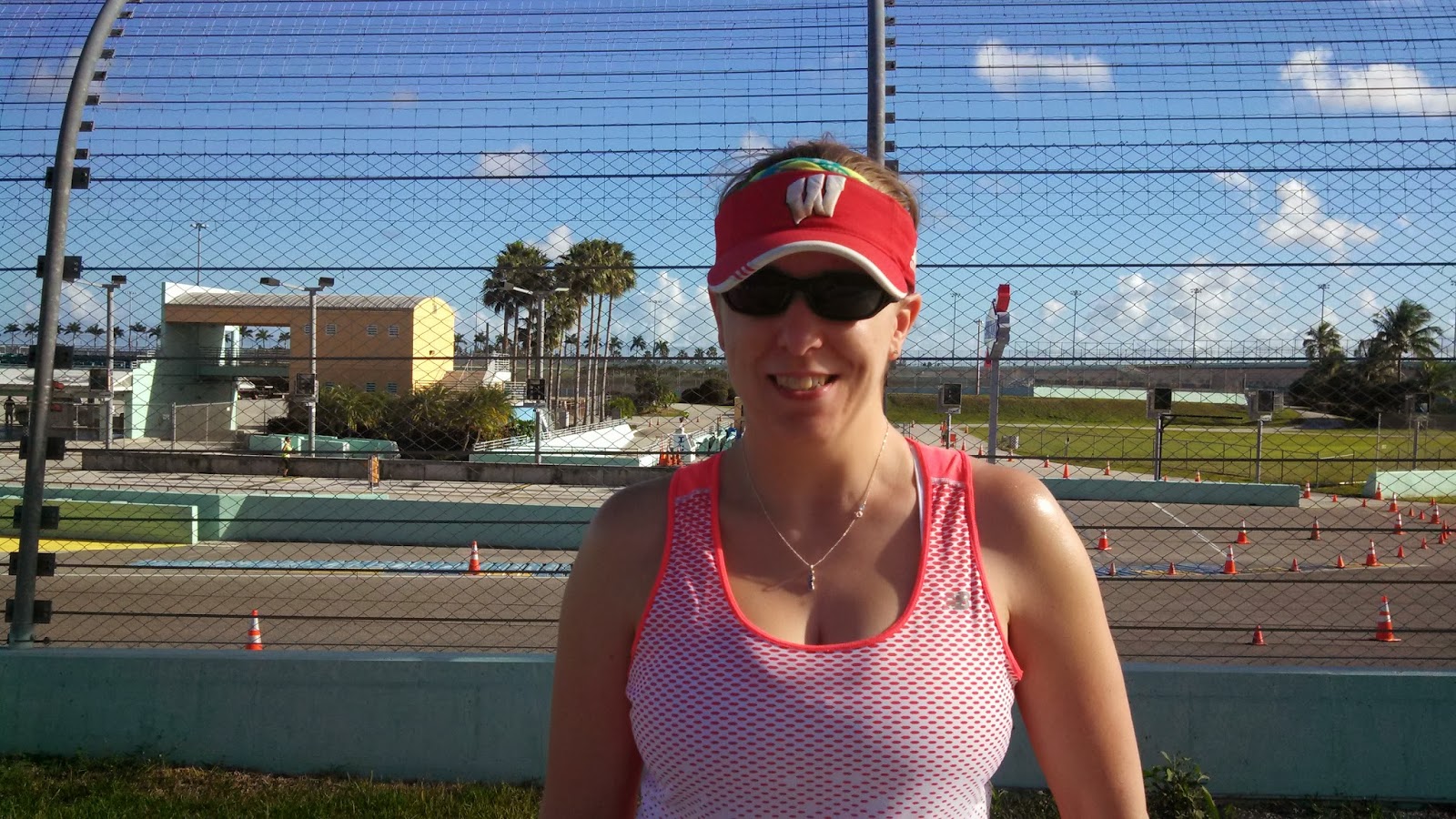 Why sleep when I can explore a race track?

When I last blogged, our sixth runner had finished her run and we had handed off running duties to the six runners who were in Van 2. That left us with a couple of hours to burn.

First we got food. Then we headed to Homestead-Miami Speedway, the site of the next major exchange. Some of my teammates promptly laid a blanket down on the concrete underneath the bleachers and fell asleep. Me? I tried, but I don't typically nap. So trying to sleep on concrete while some cars did practice laps on the track and military jets flew by was downright impossible.

I closed my eyes briefly, chatted with my parents, hit up real indoor bathrooms. You know, important stuff. It was eventually time for us to get ready to run again.


Quite possibly my favorite Ragnar van.

The sunset and pretty soon I was getting ready for my run in the dark.

I had 7.1 miles through Key Largo to look forward to. Unlike my first run, there were no turns on this run, so there was no worry about me missing a turn and adding on extra miles. Therefore, I didn't bother to take a map of the run with me.

Decked out in my reflective vest and head lamp, I got the slap bracelet from my teammate and headed out. My run started at the high school in Key Largo and headed out onto a bike path. Normally I wouldn't have a problem with a bike path. But this bike path was different.

It was under construction.

So I was running on an unpaved dirt trail that wasn't even packed down. Add in the fairly big rocks that littered the path and the massive craters I needed to avoid in order to make sure that I didn't twist or roll an ankle and it was an adventure.

So I concentrated on slowing my pace down a bit, not killing myself and enjoying the nighttime run through Key Largo. I did throw in a little bit of speed every so often when I saw a runner in front of me that I wanted to pick off. I ended up passing seven people during the run - and none of those runners passed me again - so I was happy.

After about 3 miles, I got some relief and actually found myself running on a paved trail and sidewalk, but even that ended. The final mile was back on uneven, rocky, crater ridden ground.

But soon I found myself running to a parking lot area and handing off the slap bracelet to my teammate. She took off and we headed to the next major exchange where I, along with my teammates, inhaled a full pasta dinner at 1 a.m. 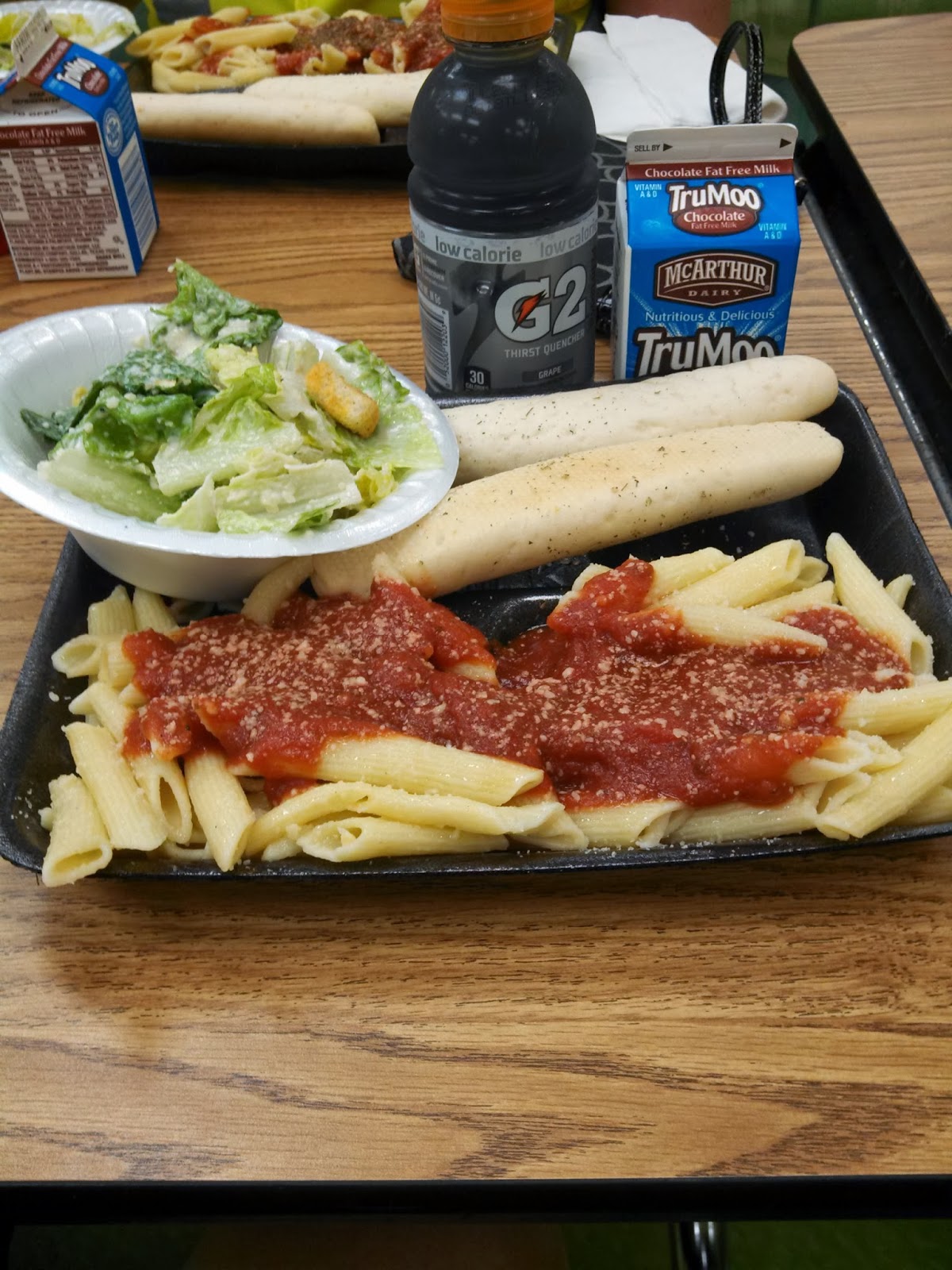 What? You don't inhale an entire pasta dinner at 1 a.m.?

After that it was off to this somewhat sketchy hotel room where most of us took quick showers to rinse off the day's sweat and sunscreen and then caught a few hours of much needed sleep.

Then it was time to run our final legs.

Stay tuned.
Posted by Badgergirl at 8:00 AM

running through trails in the dark? wow, strange territory indeed.

I dreamed about that pasta dinner the other night. It was the greatest thing ever. This is why I can never be in van 2.