Ragnar Florida Keys - Part V: The Rest of the Fun

So after we finished running from Miami to Key West, I still had 2.5 days to enjoy the sights and stuff that Key West had to offer.

I present to you the rest of my Key West vacation, in picture format with limited words: 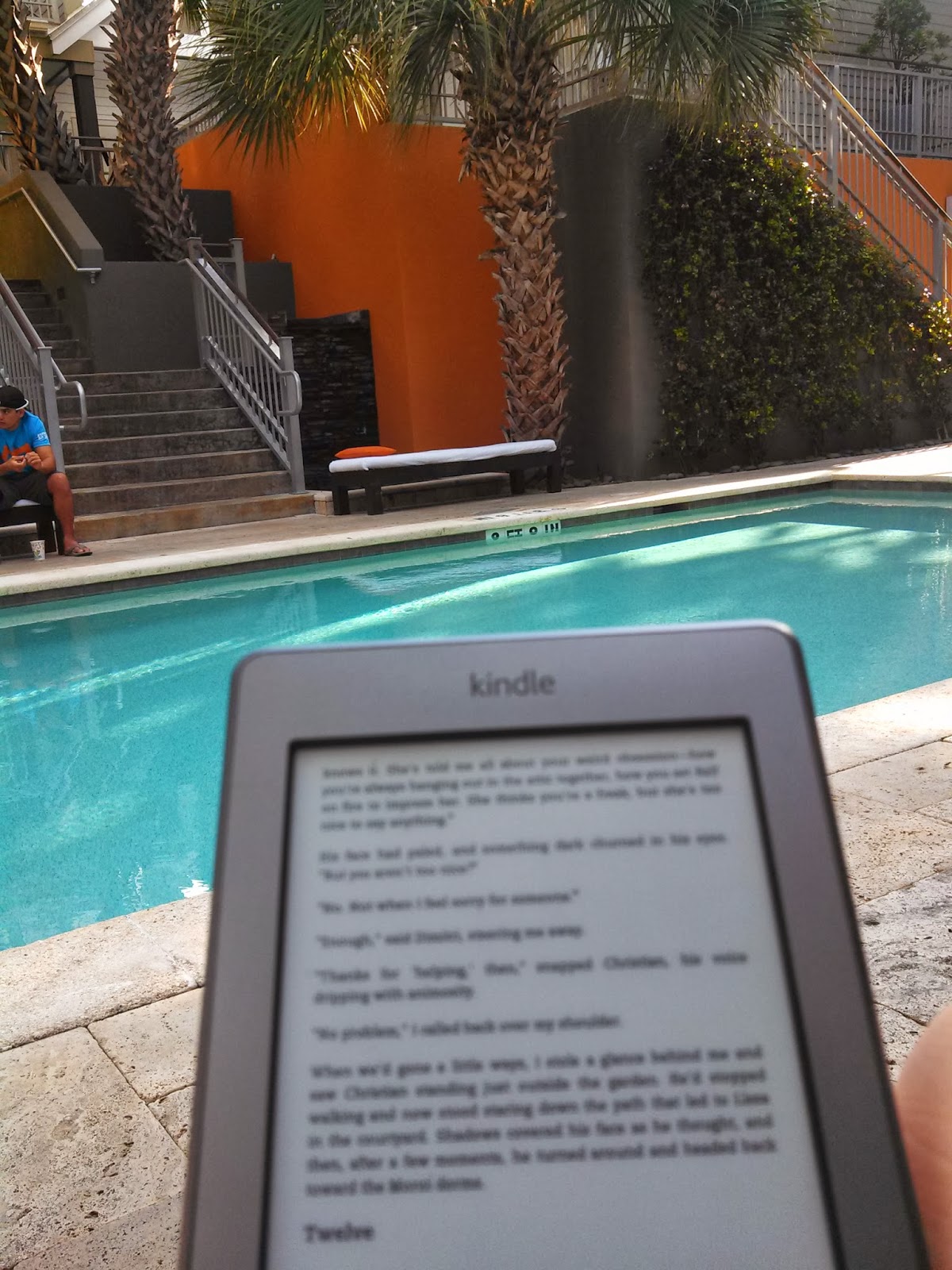 After waking from the dead on Sunday morning, I enjoyed some quiet time next to my hotel's pool with my book. Seriously, I could have spent the rest of my vacation here, but there was so much more to do and see. 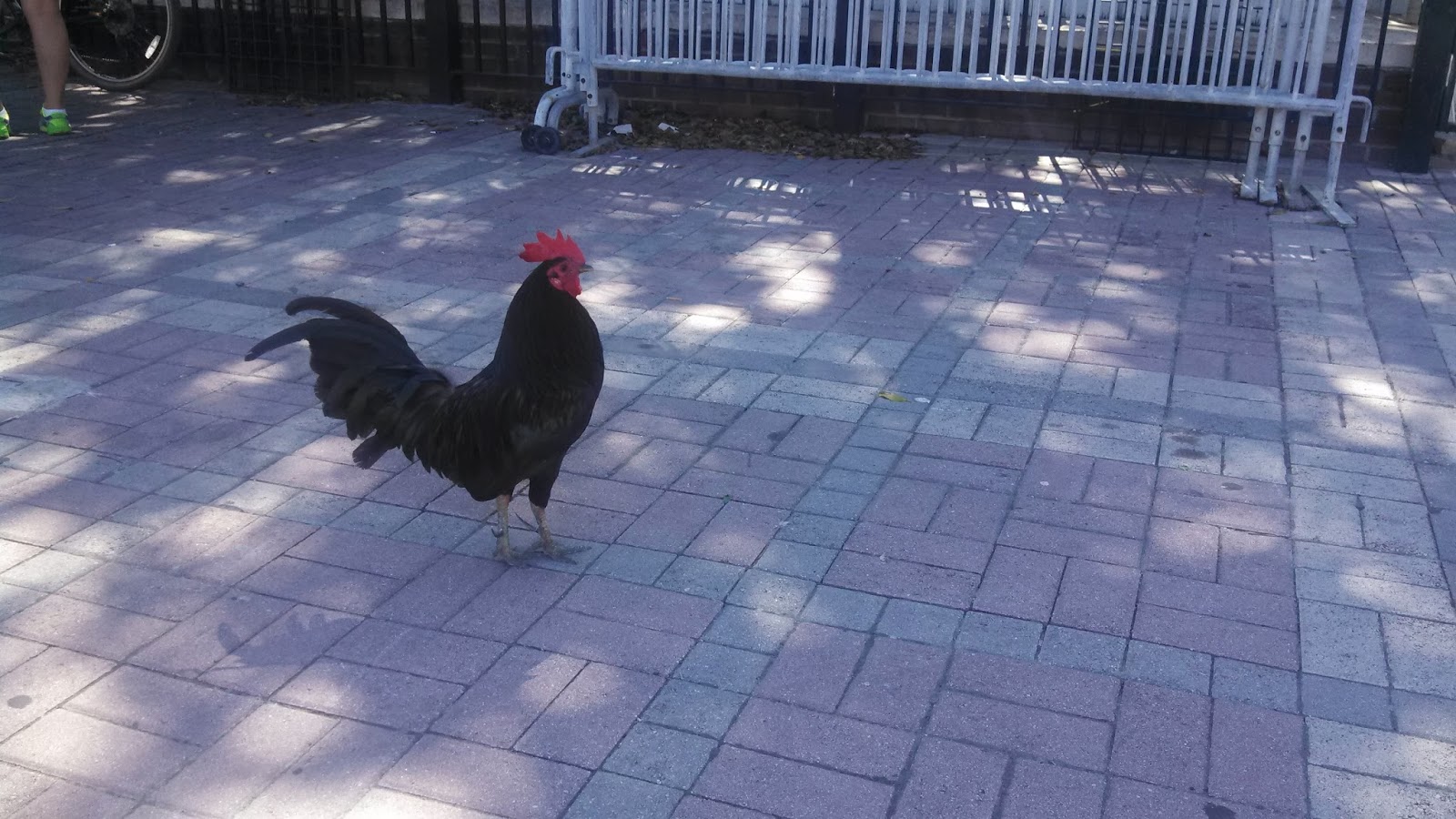 First it was off to a little Cuban place for some pretty tasty tacos. I may have seen a rooster sneak into the kitchen and steal a piece of meat while I was waiting for my food. Apparently roosters wandering around Key West is completely normal.

Then it was off to jet ski around the island with Erica, Chris and Mo. So. Much. Fun. I hadn't been on a jet ski in nearly 20 years, but I figured out what I was doing pretty quickly. Mo and I doubled up on a jet ski, and I may have almost lost her once or twice on the choppy Atlantic side of the island, but no worries. We made it around the island and no one was lost. The tour was fun, we stopped in a couple of places, learned some Key West history and even had a chance to have fun near the end by either heading off and doing crazy things on the jet ski or floating in the Gulf. Yup. I floated with Mo and Erica. And then fell off the jet ski trying to get back on. 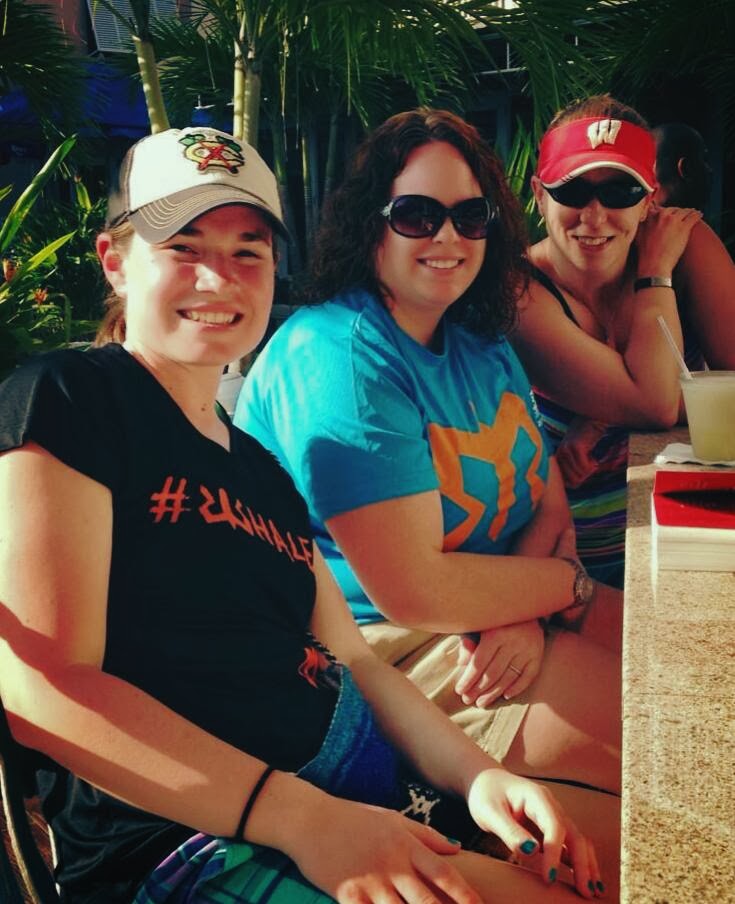 Later Sunday it was time to relax by the pool side tiki bar with some margaritas while watching some Winter Olympics (biathlon). Not kidding. 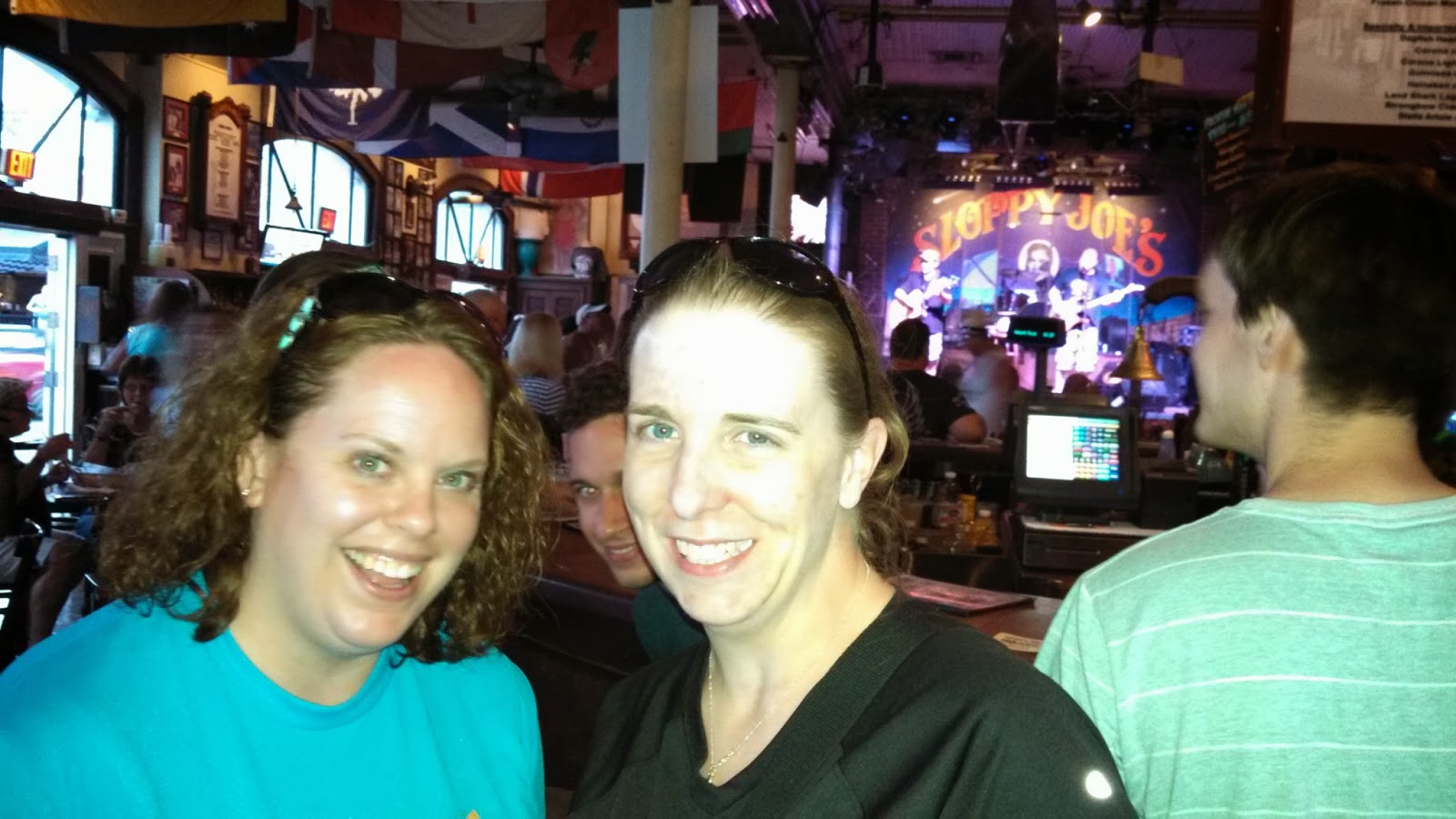 There was some celebratory drinking and eating on Duval Street at night. 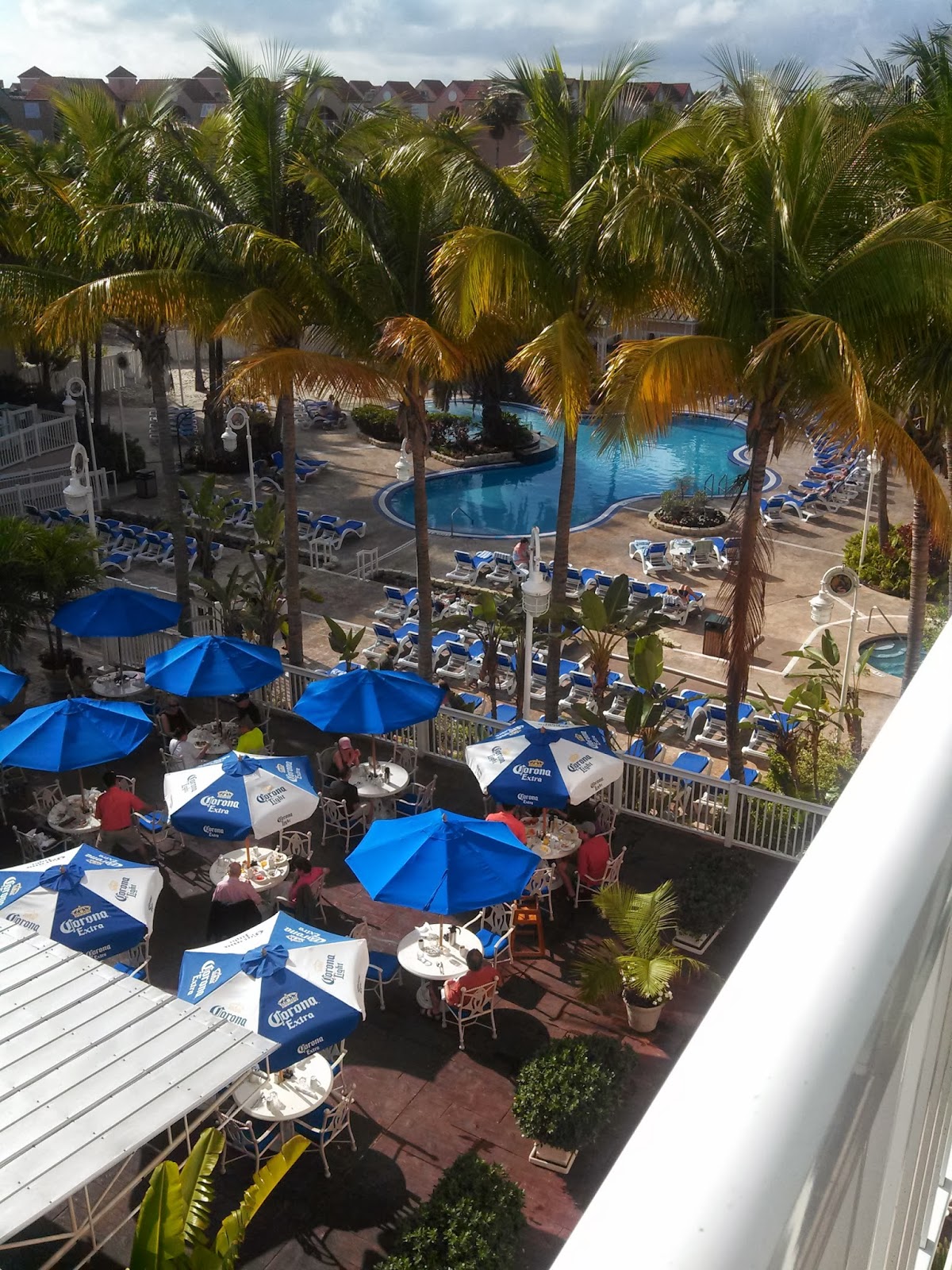 Monday started off with a pool side massage that was to die for.

Then Mo and I headed out to explore the island. This day was a lot of fun. I've known Mo for a few years on Twitter and through mutual friends and we've gotten a chance to meet at races before, but this was the first time I got to spend a lot of time with her.

We took our hotel shuttle down toward Duval Street and started off with some pizza at this little pizza joint. What? You mean you don't go for pizza while in Key West? Well, both Mo and I had been craving pizza since sometime around the end of our nighttime legs. So we got pizza. And it was delicious.

Then it was off to explore. 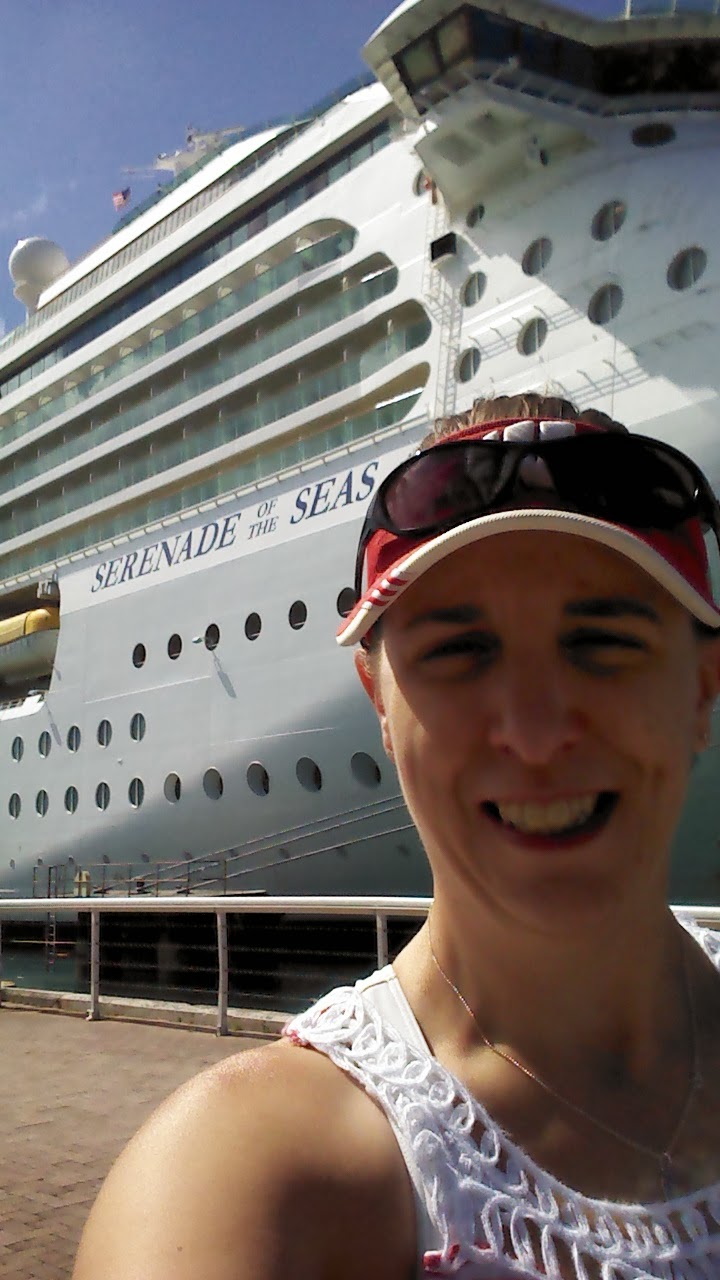 We headed down to see the cruise ships. 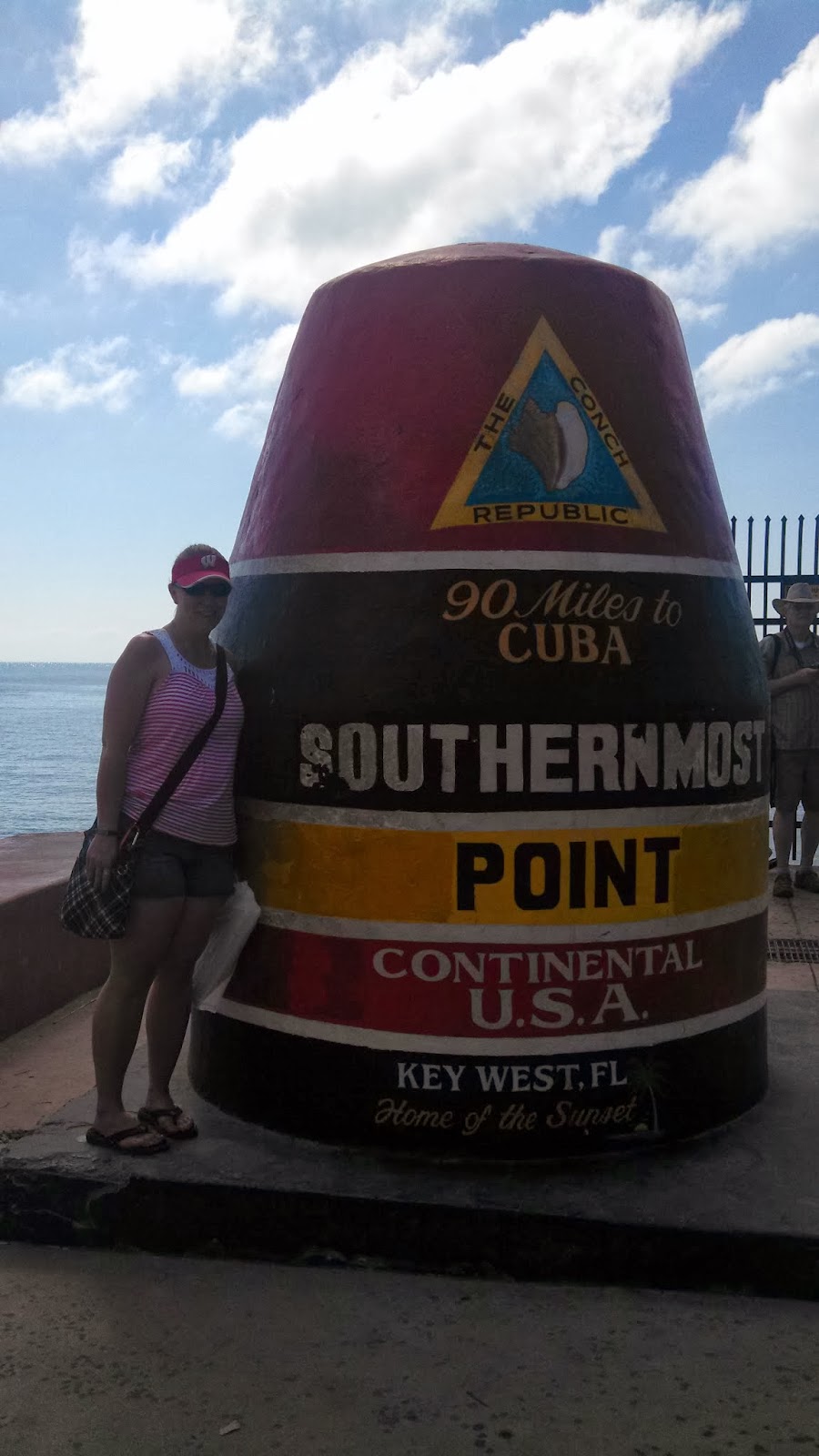 Wandered around Mallory Square and then headed to the check out the Southern most Point. I tried hard, but couldn't catch a glimpse of Cuba. 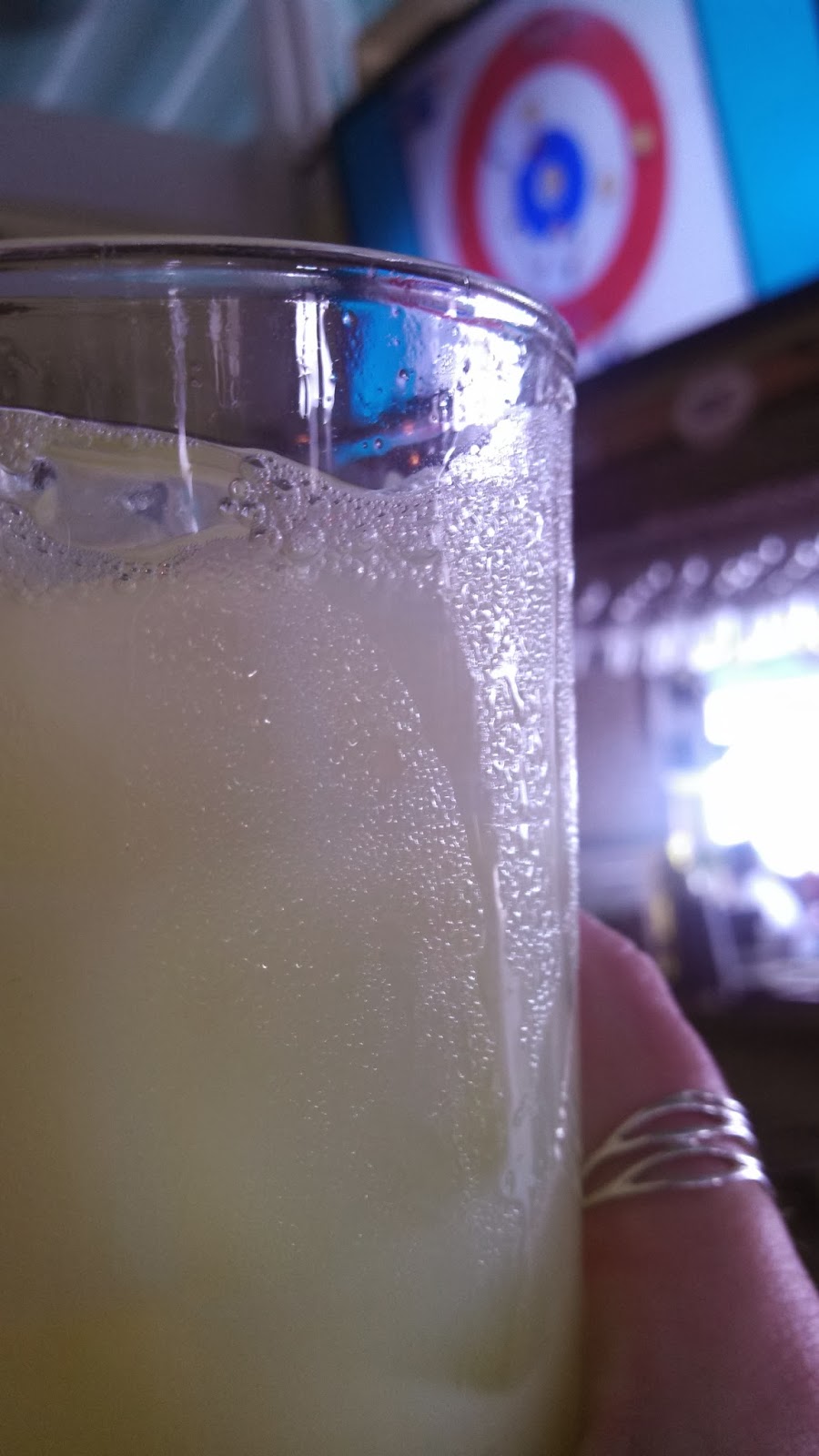 Then it was time to rehydrate with margaritas at the Southernmost Beach. While watching the Winter Olympics. Today it was curling. 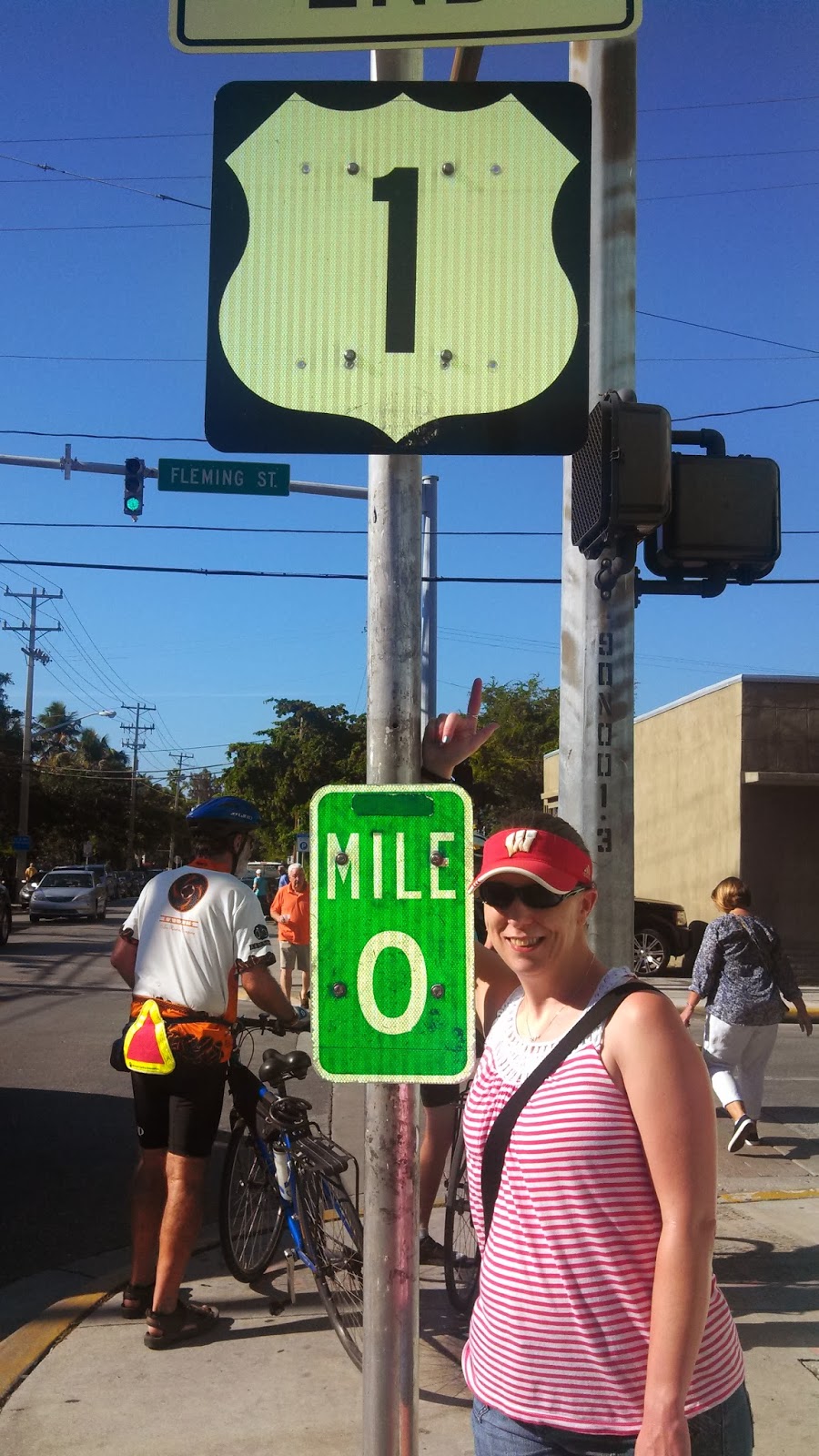 Then we found Mile Marker Zero on our way back.

Mo and I then stopped at World of Beer. So many beers. So many choices. And for this beer drinker it was hard to choose. But I ended up with some tasty drinks. And of course, we caught some more Olympic coverage. 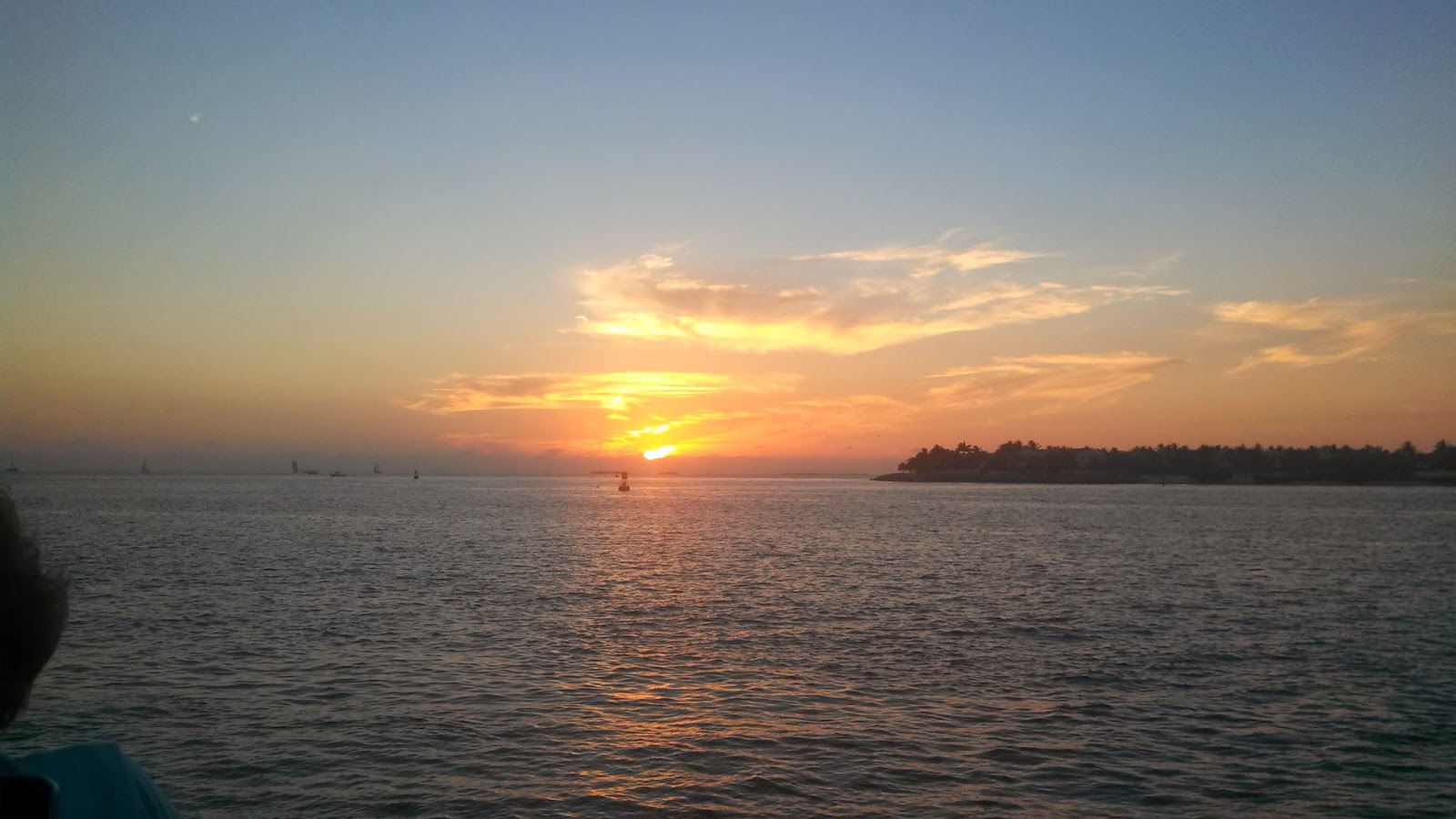 After a couple of drinks - and some chips and salsa - we realized it was nearly sunset and we were close to this fabulous pier where a lot of people watch the sun go down and there's a nightly festival. So we high-tailed it over there. And it was totally worth it. 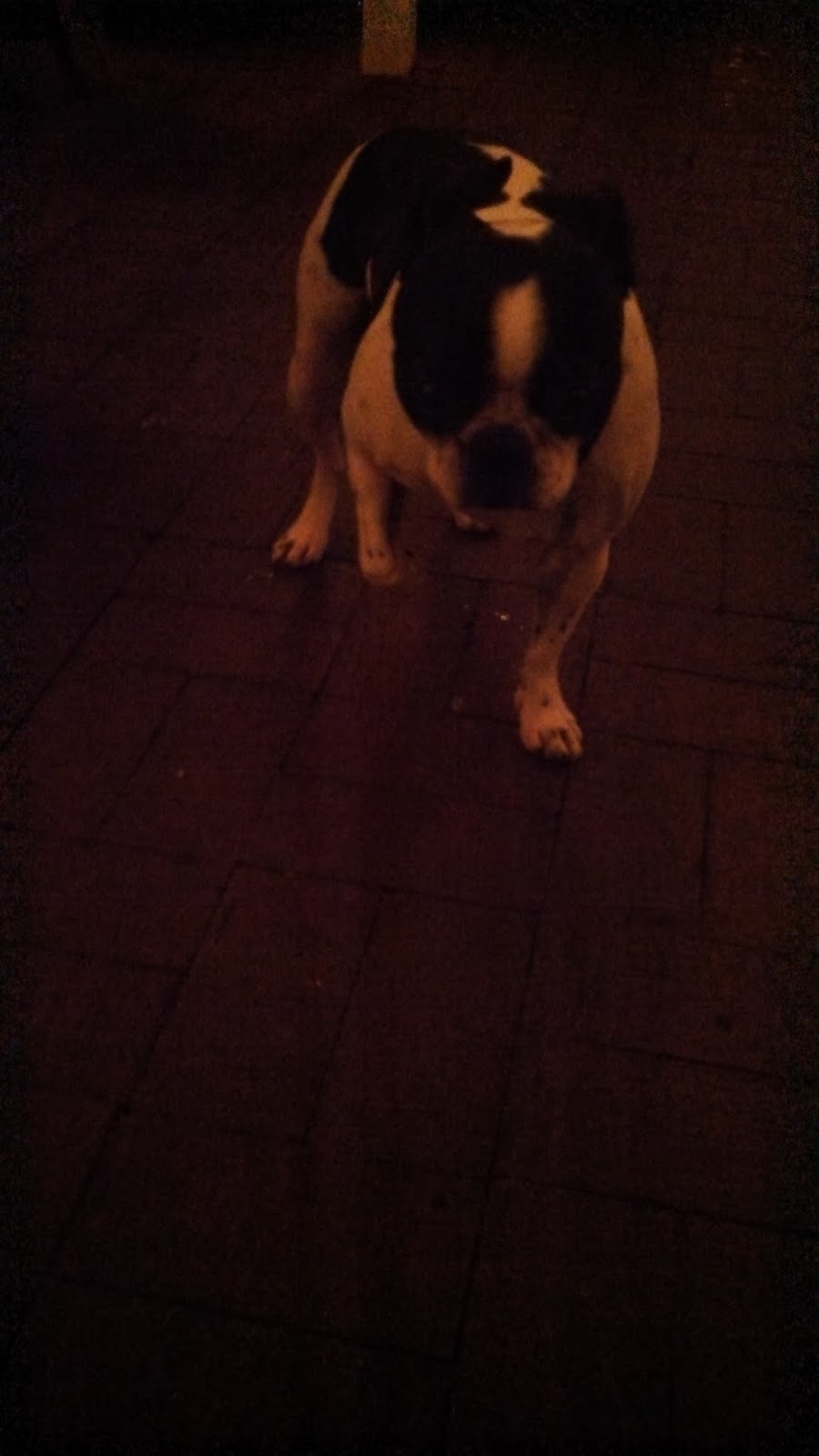 We got some food at this little out of the way restaurant. It had a restaurant dog! And the quesadilla I had was amazing. And we sat at picnic tables. Then it was time to head back to the corner where the hotel shuttle would pick us up, but not before we got some gelato at the pizza place we ate at earlier. There was talk of maybe heading down to the pool, but both of us sprawled out on our beds with our books and called it an early night.

Tuesday was my last day in Key West, and I only had a few hours before my flight left. But I got up early and headed out for a short run along the ocean path with Mo and our teammate Michelle. The reason? I wanted to catch a sunrise run in Key West. 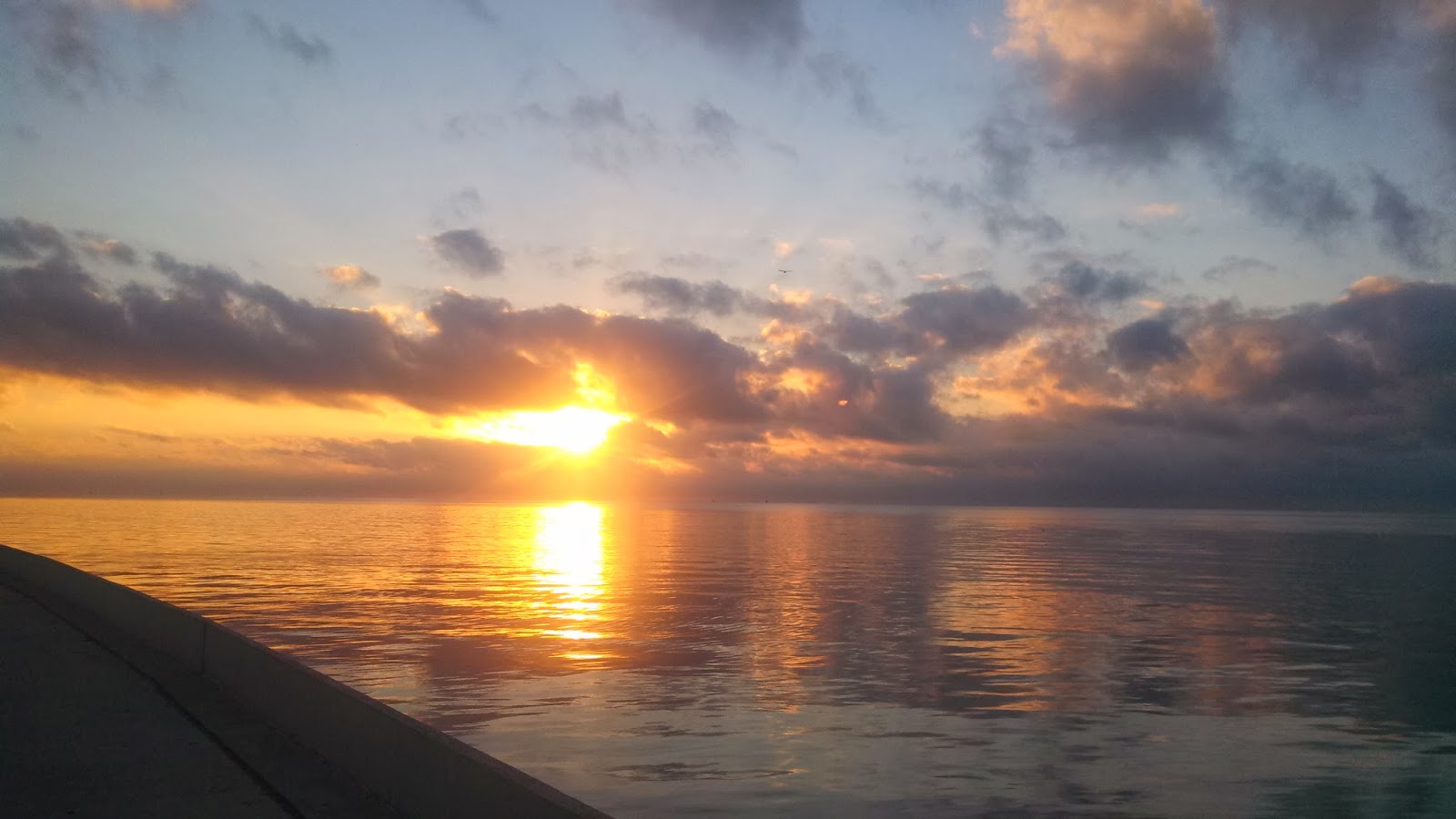 While the run itself was hard, it was totally worth it. 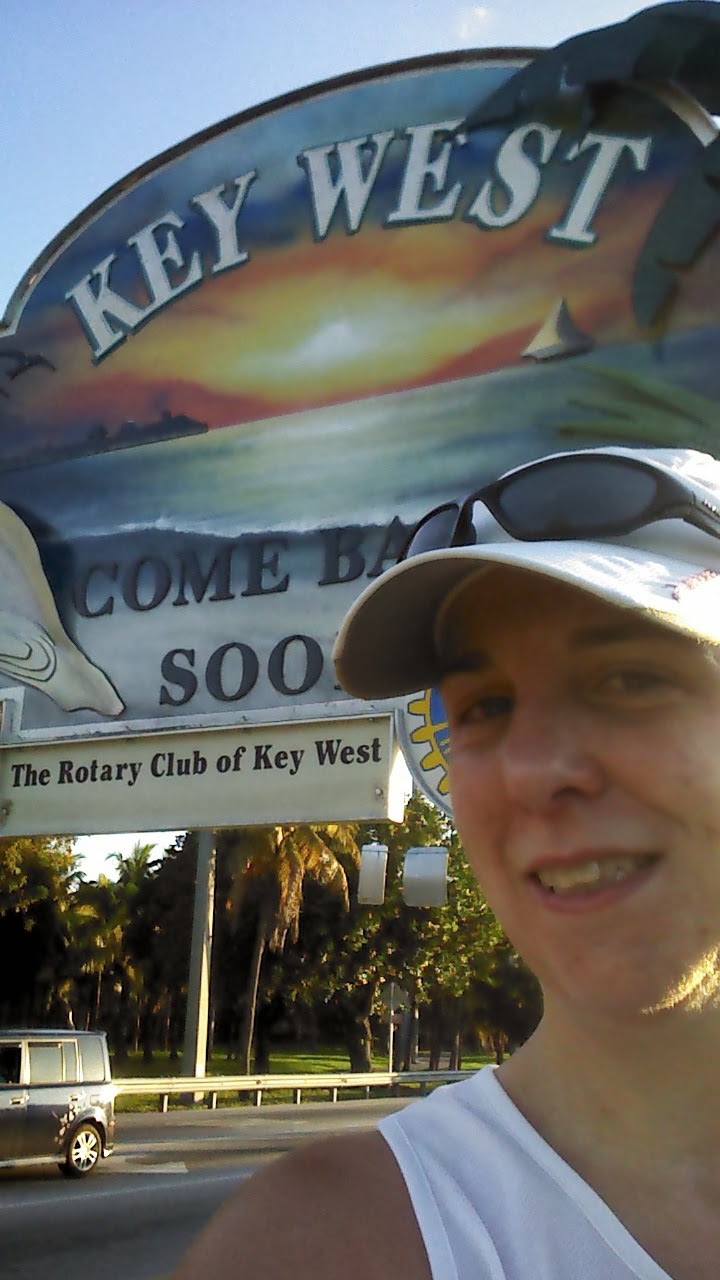 And on our way back, Mo and I had to stop at the Welcome/Thanks for Coming sign.

Then it was back to the hotel to shower, eat and get ready to head home. 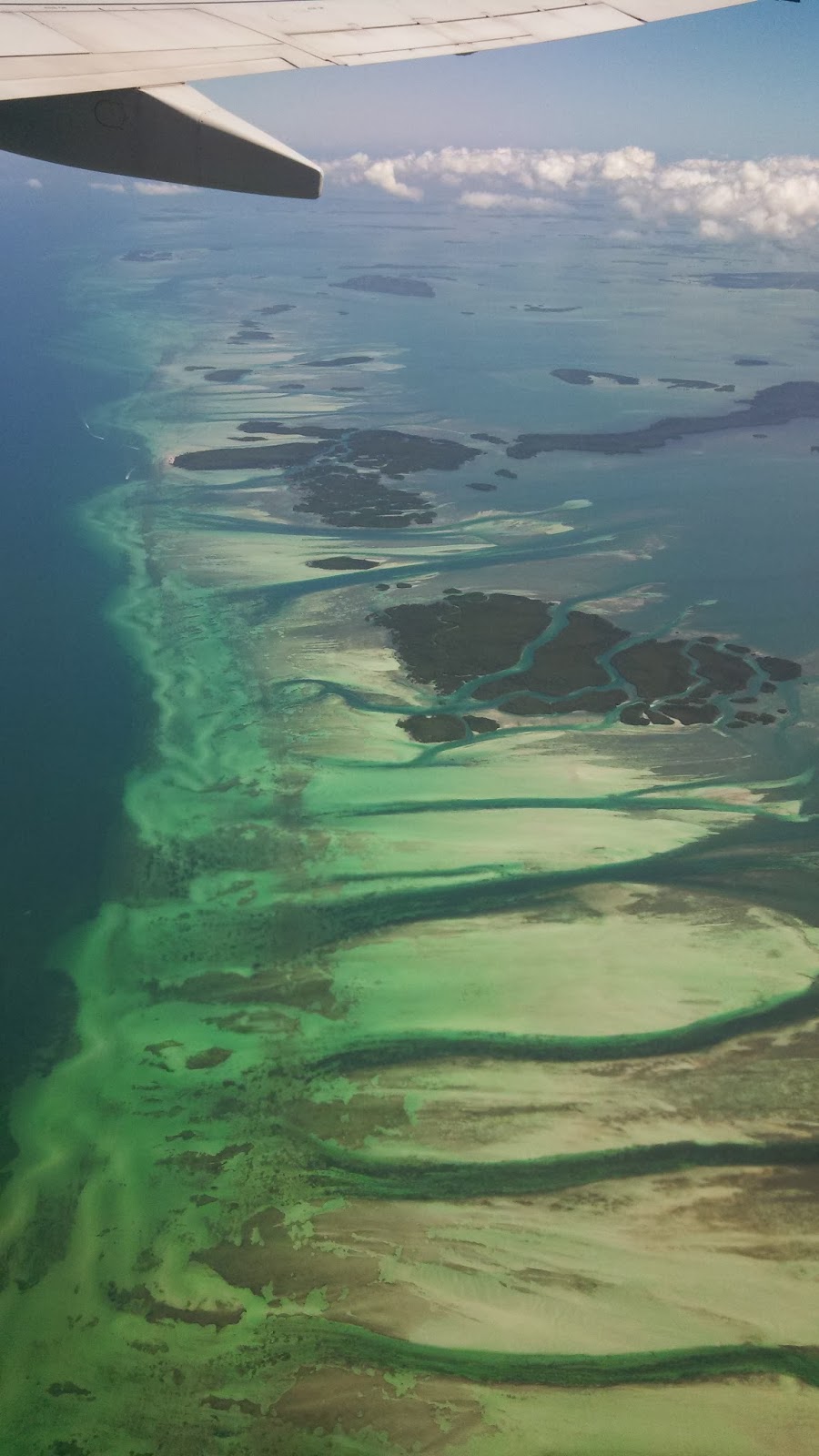 Funny story. I had a connecting flight in Atlanta, and this was the day a massive winter storm was supposed to start hitting the south. I barely made my flight and as I was boarding, the flight attendants were asking passengers to get settled quickly so we could get out of Atlanta. I didn't think anything of it until we landed in Milwaukee and the airport didn't have a jet way for us. Turns out my flight was one of the last to leave Atlanta and Milwaukee thought our flight had been cancelled! 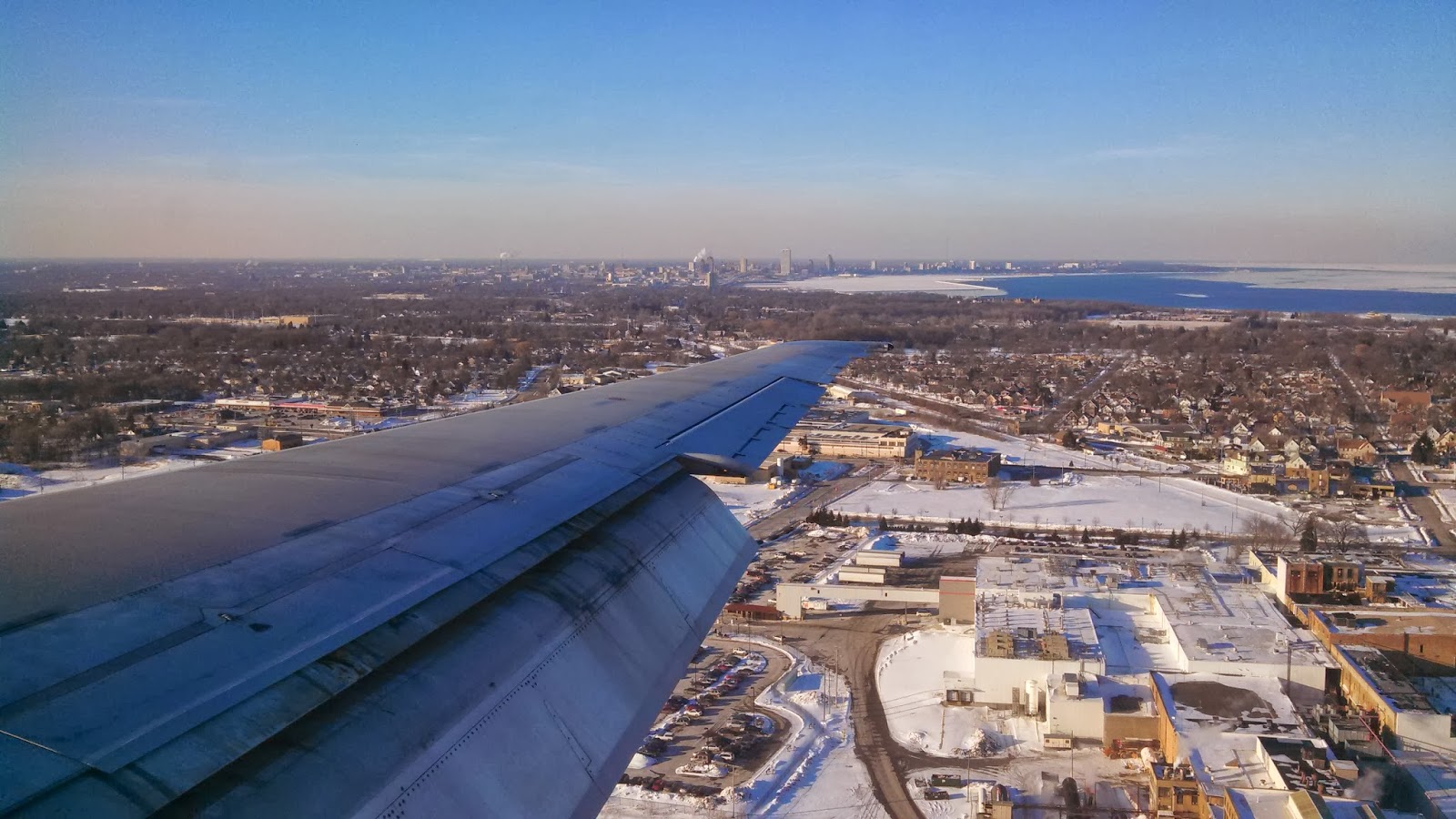 Posted by Badgergirl at 7:41 PM

That looks like a great trip! I'm SO jealous of all of it- especially the temp! (Seriously, we are living in a freezer....)