Ragnar Florida Keys - Part I: Getting there

When I sign up for a Ragnar, I know I’m going to be in for an adventure.

Little did I know when I signed up for Ragnar Florida Keys, the adventure would start even before I left the state of Wisconsin.

After the longest three-day work week ever, I took off for Milwaukee on Wednesday night after work. With an early Thursday morning flight, I was going to be crashing at my friend Erica’s place (she was also on my team) and we’d leave for the airport in the morning. After food, a beer and trivia with friends, we called it a night and got ready for an early morning wake up call.

Our flight was supposed to leave Milwaukee at 7:25 a.m., so we got dropped off at the airport shortly after 6. That gave us plenty of time to check in, get through security and find food before we would have to board our flight.

Sounds simple, right? Yeah, didn’t happen that way.
We checked in our on the self-service kiosks, and seriously, as soon as the machine spit out my boarding pass, the ticket agent made an announcement that anyone on the flight from Milwaukee to Houston should not check in because our flight was delayed. Or cancelled. She kept interchanging the words. And last I checked, they didn’t mean the same thing.

So Erica and I went up to the counter to try to figure out what was going on. 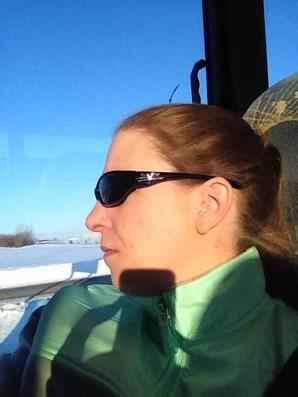 Hint: This is not the airplane window seat I wanted.

Yup. Flight was cancelled. And there were no other flights from Milwaukee that could get us to where we were going. So instead the woman booked us on a flight leaving from O’Hare – at 9:30 a.m. Umm, looking at my watch that did leave us much time. So with new boarding passes in hand, along with a $7 food voucher and a boarding pass for a bus that would take us to O’Hare, we were off.

This bus was supposed to show up just after 7 a.m. and of course it was late. So our already tight travel time to Chicago – the ticket counter lady told us it would only take an hour to get to O’Hare, which we found hard to believe – got worse, especially when we found the bus taking the city streets to a little bus depot instead of getting on the interstate.

And there may have been talk of me hijacking the bus, a la Speed.

We finally left the bus depot and got on the interstate. We drove. Then got off. And waited. Back on the interstate. Back off. Erica and I just looked at each other. It would have been nice had the ticket counter woman told us this bus was going to be making multiple stops to pick up phantom passengers. Instead we just started freaking out. Because we were going to be cutting it really close in O’Hare.

As in, we pulled up to the airport with 25 minutes before our flight was supposed to leave.

I ditched any plans to check my bag and we rushed to the security line. While waiting, I ditched some liquids so I wasn’t completely breaking TSA rules. We got through security and made it to our gate, where our flight was already boarding.

Thankfully it was a big plane, which meant it was a long line to board. After catching my breath, I went to grab my boarding pass and nearly had a heart attack.

I didn’t have a boarding pass anymore.

I figured I must have left it in TSA, so I sprinted back to the security gate. The TSA folks looked at me like I was crazy as I explained I lost my boarding pass. Then they just told me, “Just tell the gate agent TSA lost it and they’ll print you another one.” Apparently lots of people lose their boarding passes in TSA land. 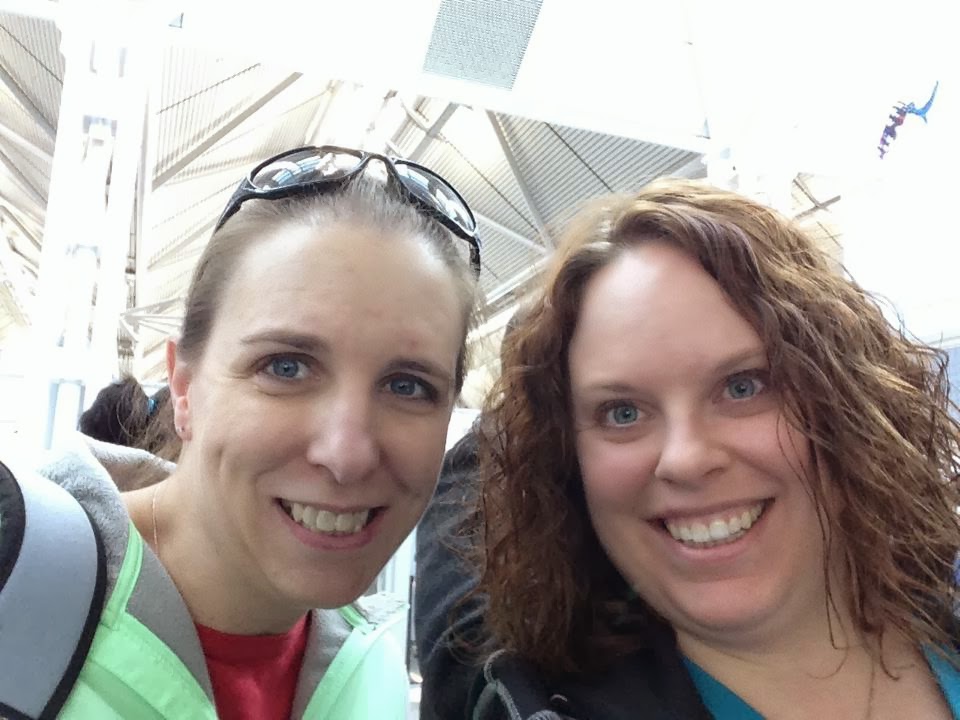 We're getting on an airplane!

So I ran back to my gate, got a new boarding pass and within the next few minutes, Erica and I were on a plane and headed to Miami via Houston.

The rest of our travels to Florida were uneventful. We got to Miami, hailed a cab to or hotel where we met up with our team.

Then it was time for the Ragnar Florida Keys adventure to really begin.