The Rest of the Raleigh Adventure 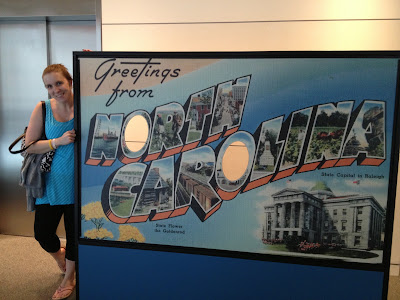 And now for the final installment of my trip to Raleigh, NC.

First I talked about the half marathon I went out there to run with my BFF Jess. The time on the finish line clock? Not so pretty. But it was 13.1 miles of fun. Then there was the Saturday night we spent at a Carolina Hurricanes hockey game. A little bit of hockey, fist fights, an introduction to the beast called an ice hog combined with $1 hot dogs made for a good way to relax before the next day's half marathon.

So what else did I do while I was #GoingToRaleigh? 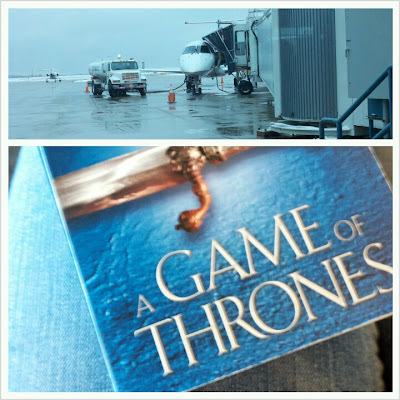 Before I was able to even get on an airplane and leave Appleton, I got to sit and wait for an airplane to show up. At least I had good reading material for the weekend. The not cool part? My planned 75 minute layover at O'Hare turned into 7 minutes. And yes, I was the last passenger to board my flight to Raleigh.

Once I landed in sunny Raleigh, NC, my first task was to ditch the old pair of running shoes I was wearing and throw on my flip flops. Needless to say, my toes were happy. Then we hit up the liquor store, or as Jess called it, a package store. I dunno. All I know is that was where they had the makings for margaritas. Armed with alcohol and way more tasty goodies from this bakery next door, we headed back to Jess' apartment where we settled in for pizza, margaritas and girl talk. 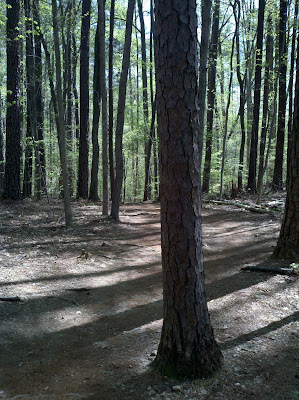 Exploring a trail at William B. Umstead State Park.

Saturday we headed over to William B. Umstead State Park. It's like a freaking forest smack dab in the middle of Raleigh. OK. Maybe more like the outskirts, but still. It's right there! So many trails. I seriously could have spent the entire day there exploring. I told Jess if we weren't running a half the next day, I would be insisting on taking my running shoes out for a trip on those trails. But we only had enough time to head out for a 2-mile hike on one of the trails.

Then we went and picked up our packets, did a little window shopping and grabbed lunch with Jess' mom and some of her friend. 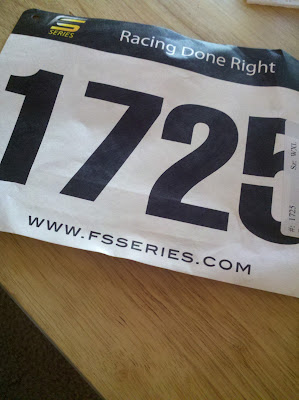 Oh yeah. I guess I really do have to run.

And well, you've already heard about our NHL adventure. Hockey, fighting and ice hogs, oh my!

Sunday was race day. You know how the race itself went.

But a highlight of the weekend trip? I got to meet Carolina John!

We've read each other's blogs for a few years now and when Jess first threw this idea out there, he was the first one I went to to find out info on this event. And of course once I decided to head down, we made plans that we MUST met up. 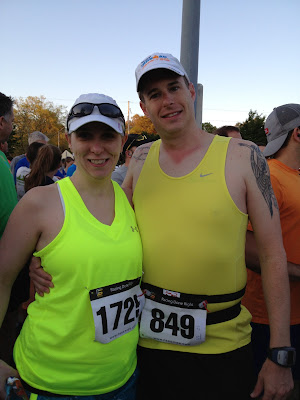 I got to meet Carolina John!

So plans were made and phone numbers exchanged. After hanging around in the parking lot area, Jess and I headed over towards the starting area, but I kept my eyes peeled, hoping I'd see him. And lucky me! There I spied him near the front of the starting pack. I have to admit, it was the tattoos that I recognized.

After the race we made plans to meet up with John, his wife and one of his daughter's at Ruckus, this pizza place near Jess' apartment. It was this little hole in the wall joint at a strip mall. But guys. It was so good! We put in our orders and nabbed a table outside (because have I mentioned that the weather in NC was flip flops and tank top weather the entire time I was there?) and when the guy brought our food out? OMG. Seriously. It took THREE plates to bring out each order. I swear. The pizza was the size of my head. 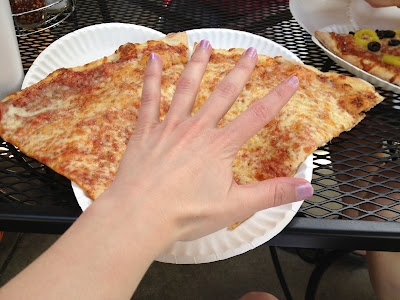 Seriously. Pizza the size of my head.

So good food, good friends, good conversation. It had all the makings of a great lunch. And I was so psyched to get the chance to meet up with John during my weekend visit!

We ended Sunday with a trip to the movie theater to catch "Silver Linings Playbook," and more margaritas and an early bedtime.

After helping Jess corral her two black cats for a trip to the vet Monday morning, we headed downtown to check out some museums. We wandered around, learning some about natural science, dinosaurs, bugs and even some North Carolina history.


More museum fun. No dinosaurs, but a semi-grumpy looking turtle.

After a full day of museum wandering, we were headed back to Jess' car when I first caught site of the news of the Boston Marathon bombings. I was uploading a photo to Instagram when I caught a tweet. I causally mentioned it to Jess, but didn't think it was super serious.

Turns out I was wrong. So wrong.

The rest of the afternoon we hung out at Jess' apartment, me looking for any news I could find on my phone of what was going on in Boston, Jess doing the same thing on her laptop. It was definitely an odd vibe that afternoon. We ended my vacation with some Netflix (I think we were watching Flashpoint episodes), some margaritas and early bedtimes. 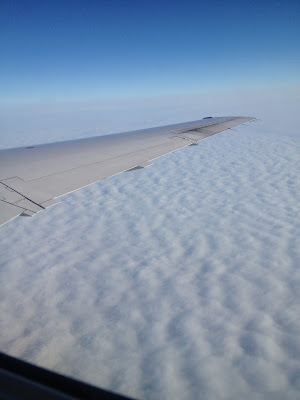 Because the next morning was an early wake up call so I could catch a flight back to Wisconsin.

It was a great weekend. I had such a good time, whether it was wandering through the woods, watching brawls break out on the hockey rink, running a half marathon or eating pizza the size of my head while chatting with friends.

Thanks so much for a memorable weekend Jess!
Posted by Badgergirl at 9:00 AM

thank YOU for coming down!! I couldn't have asked for a better weekend! Next time, we hit the BEACH!! :)

No doubt. I am SO GLAD you got to come to Raleigh! Ruckus rocks. Umstead is a fantastic place to run and mountain bike. I can run from my house to Umstead, do a lap on the bridle trails, and make it back to the house in 20.5 miles. A favorite route for marathon training. It's a really cool park. and it is right there in the heart of the city.