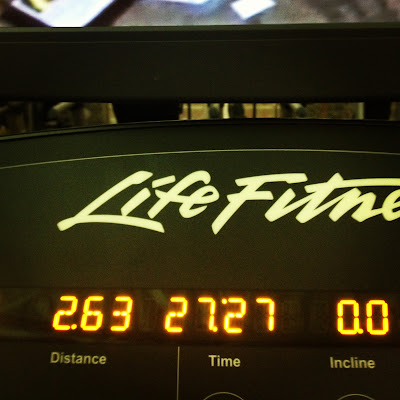 More than 48 hours later, I'm not sure if I believe that it really happened. That bombs went off on the streets of Boston near the finish line of the world's oldest marathon

But it did. I've seen the pictures. Watched the video footage. Read the stories.

I don't know what I could possibly say that hasn't already been said in some location on the Internet. But I feel like I need to at least put a few points down.

I can't get over the fact that not only was my country attacked, but also that my sport was attacked. Attacked at the site that most runners dream of making it to. I mean, come on. The Boston Marathon is like the Holy Grail. The place where every runner wants to go and many runners dream of crossing that iconic blue finish line.

But then I read the stories and found out just who those three people that died and 170 plus people that were injured were. In many cases? Spectators. Those friends and family that support our dreams, listen to us complain of aches and pains and hear us rave about a spectacular long run. The ones who cart us to races, only to  sit on the side of the road or drive from location to location just to catch a glimpse of us as we run past.

My heart breaks. For the runners. For the spectators. For our sport.

But I won't let the fact that some coward went and rigged two pressure cookers to explode and cause that kind of damage get to me. I will not be afraid.

And next April, there is no doubt in my mind that runners will flock to Boston to cross that iconic blue finish line and snag that coveted Boston Marathon finisher's jacket.
Posted by Badgergirl at 9:07 PM

love it - thanks for joining #RunForBoston! can you add your miles here?

Amen! On every level!