If I don't write this soon, I should just wait until next year's version of Ragnar Chicago.

For the third year in a row, I packed up my duffel bag and embarked on a 36-hour journey in a big white 15-passenger van with five of my running friends, set out to run the 200ish miles from Madison to Chicago.

Because it's been almost two months, I'm going with the short and sweet version. 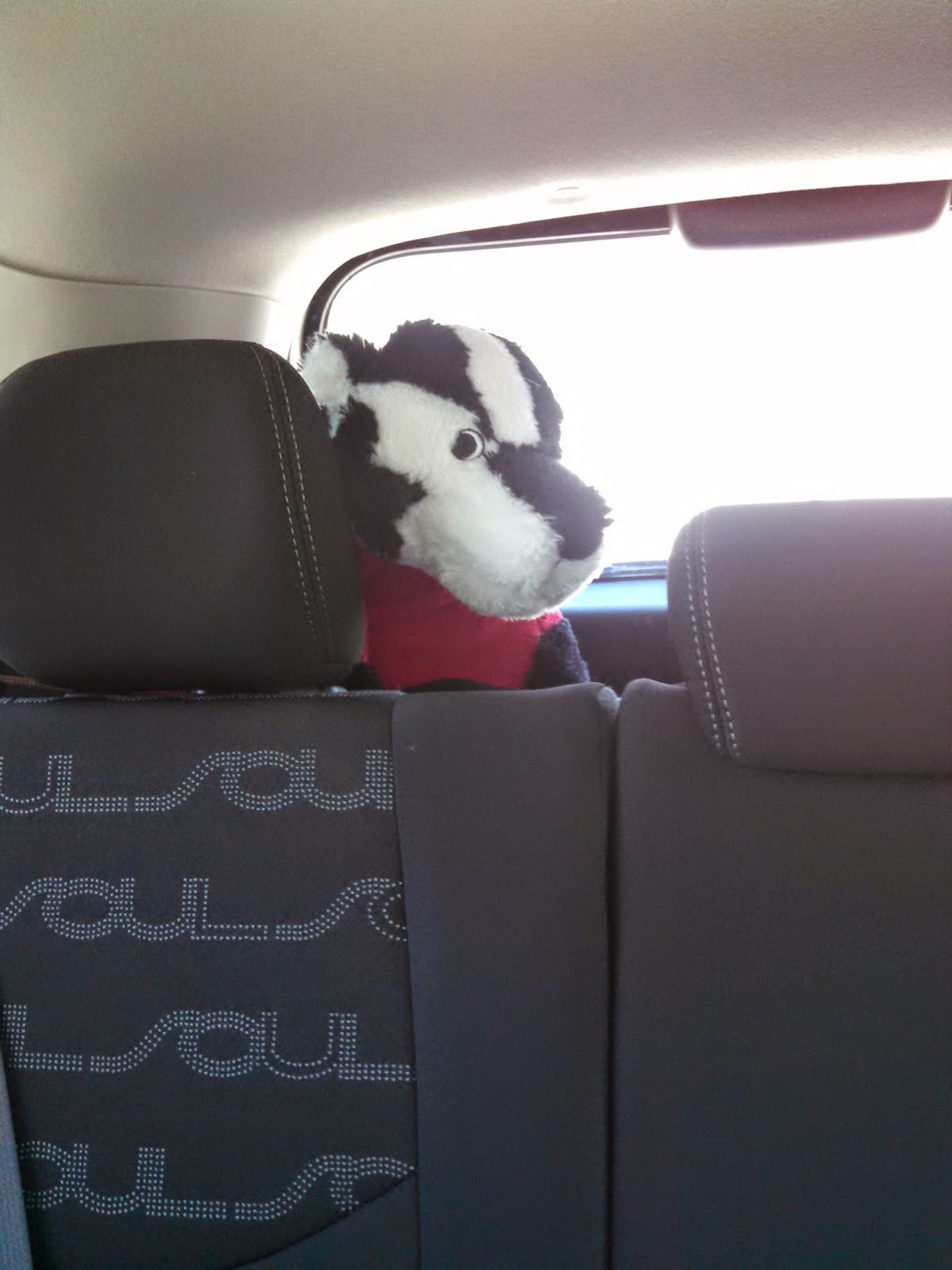 I met up with my friends in Milwaukee on Thursday night. We had beer and pizza and then set off for Madison, where we checked into our hotel for the night and were greeted with hotel rooms the size of matchboxes. 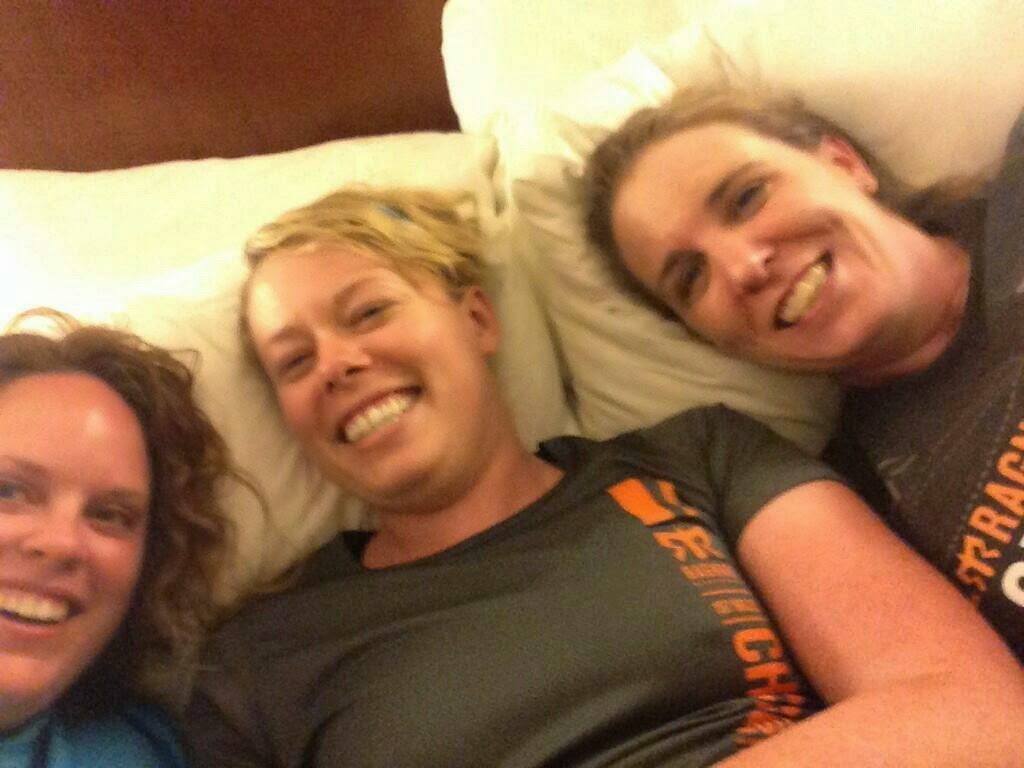 Sure. Three people. One bed. And barely any floor space? And they called this a handicapped accessible room. Ummm, no. But I like these girls. And all we were doing was sleeping. 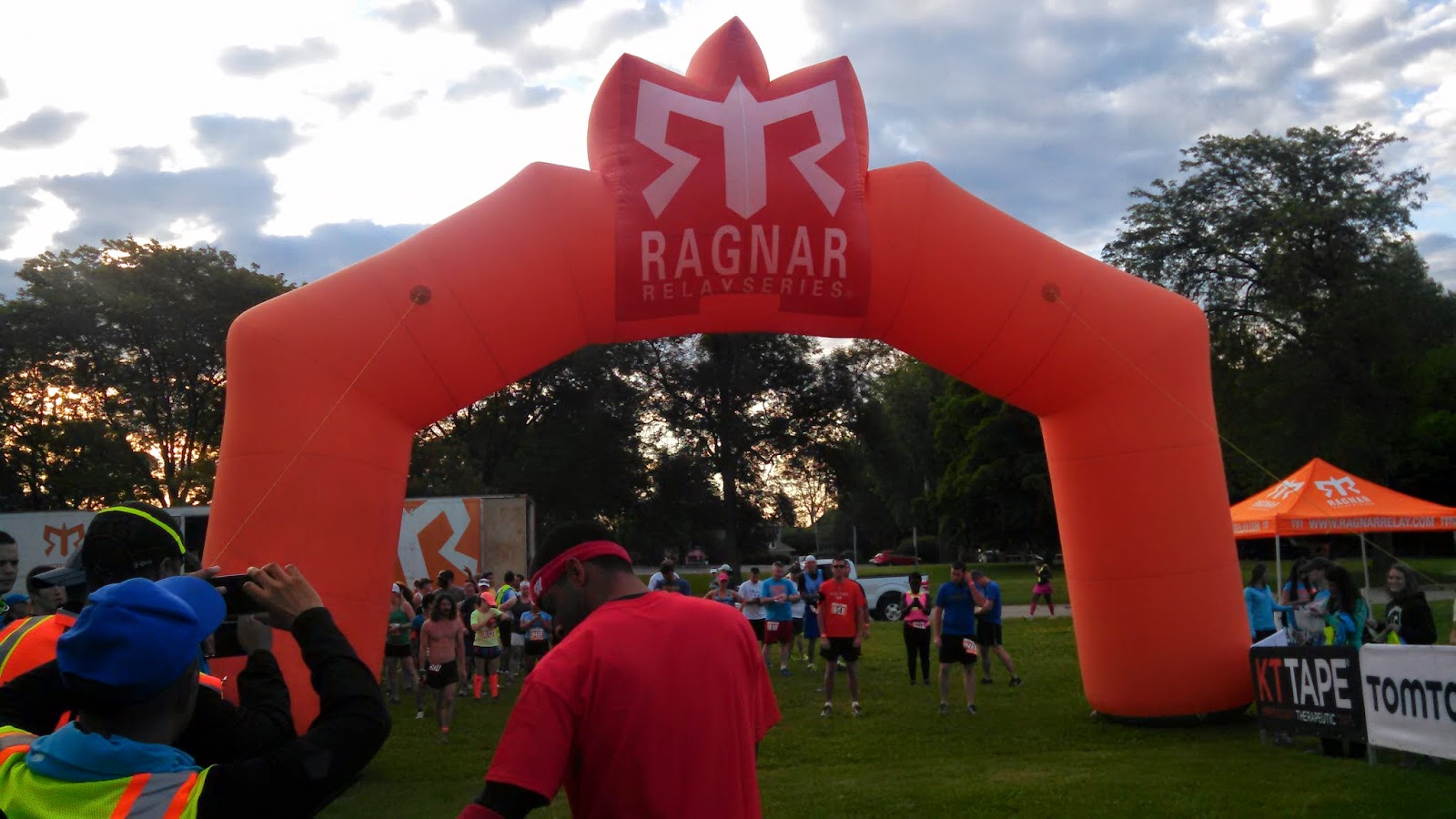 I was in Van 1, a first for me at this race, so I was excited to see all the new areas that I hadn't seen before. As Runner 3, my first leg was just a short 2.7 miles jaunt with some baby hills. In the sun, with no clouds and it was starting to get a bit warm. I managed to forget to hit start on the Garmin, so I have no idea how long this took me. 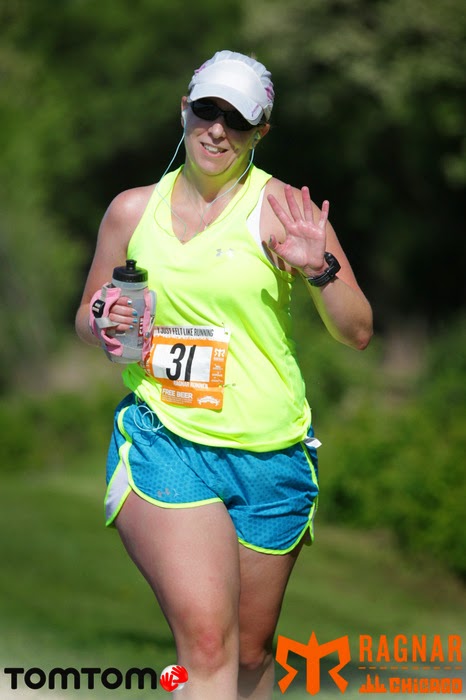 After all of our runners were done with their first legs, we took off to get some food. And make a backup plan just in case that stabbing pain Renee was feeling in her foot meant she wouldn't be able to run the rest of her legs. (Spoiler: She couldn't run.) After that we headed to the next major exchange and hung out in the grass underneath a tent. It was glorious. 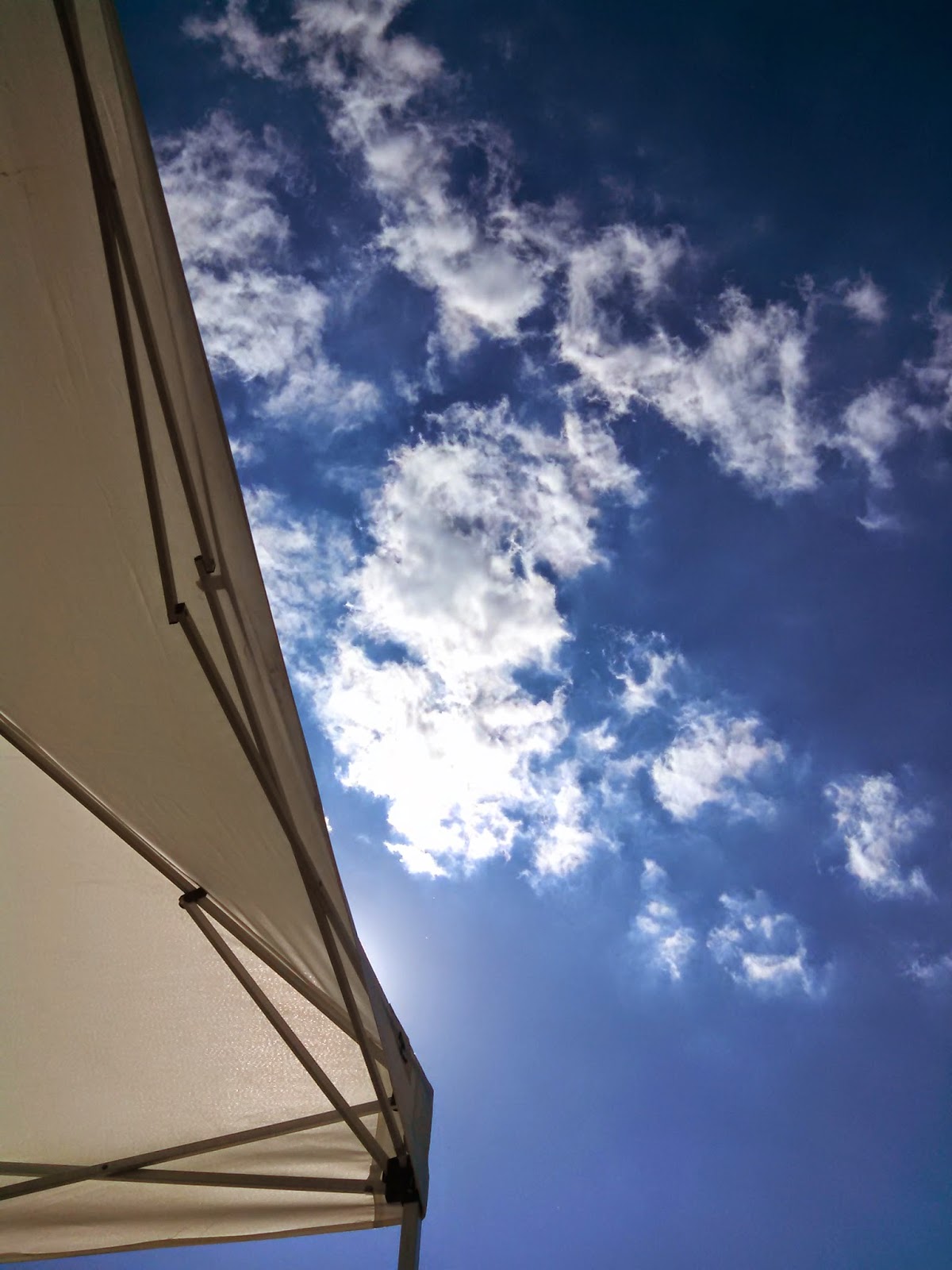 Our second set of legs were our night legs. Mine was 5.5 miles through Waukesha and New Berlin. Let's just say it really seemed like I ran uphill for all those miles. So many uphills, but not downhill. What the heck? But I ran. Even when I was trying to run on the tiny little shoulder of the road and I feared for a few minutes that I was going to get schmucked by the the cars, which were driving really fast and coming straight at me.

Then we got to sleep. Like 3 hours next to the lake in Racine. The rhythmic blowing of the light house put me to sleep and I was dead to the world. Also, this sleeping thing during Ragnar? Fabulous. Before Key West I had never really gotten to sleep. Amazing.

Way too soon we had to wake up and run some more. 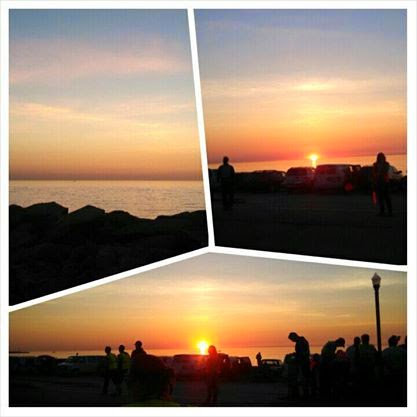 Sunrise in Racine. Not quite Key West, but still beautiful.

My final leg was another 5.5 through Kenosha. I'm not going to lie. This sucked.

I think 24 hours of running and sitting in a 15-passenger van was finally starting to make my back mad. Remember, I was in a car accident 3 weeks before Ragnar and was still dealing with a fairly messed up back.

During this run through Kenosha, it reminded me it was still hurt and it was getting angry. I ran the first half of the run, being distracted by the ginormous houses along the lake was helpful. But sometime around Mile 3 I just couldn't do it anymore. Every step hurt my back. And it didn't help that I hadn't had decent food since lunchtime the day before. 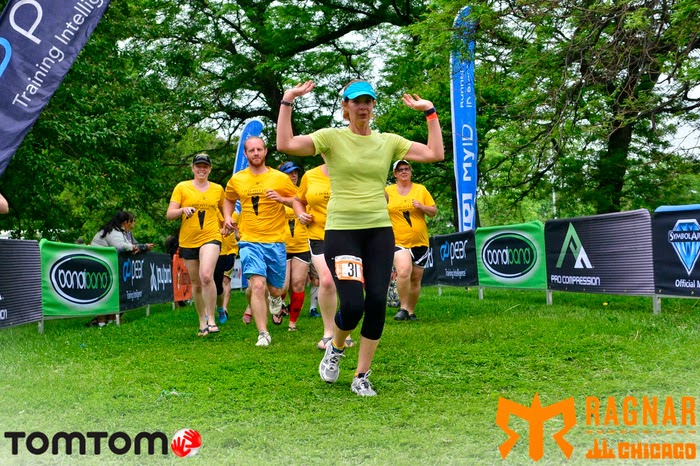 So I walked. I tried to run at times, but it wasn't going to happen. Too bad I was running through a commercial district, so I didn't even have pretty scenery to distract myself. Oh well. I eventually finished and got some food and water in me.

After our last runner finished, we headed off to a swanky Chicago suburb for this amazing breakfast at a waffle house. So much food. So many dishes. Really. They brought our drinks to us in a glass, in a small (warm) bowl. What? But so, so good.

After we were in a food coma, it was back to the van to navigate our way to the finish line, where we got our free beer and pizza and then found ourselves a spot of grass to hang out and chat with other friends until our team came running in. 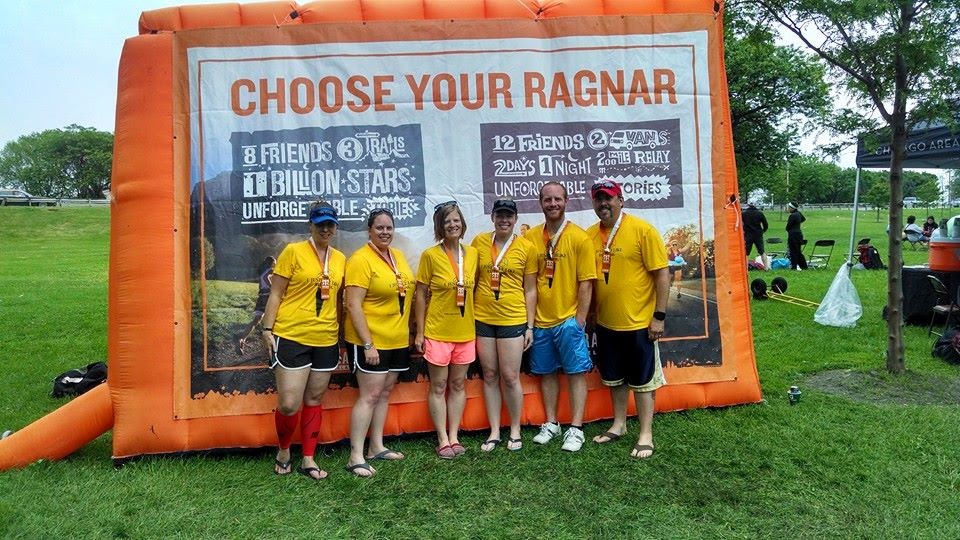 Overall, another great Ragnar Chicago is in the books. Can't wait for 2015.
Posted by Badgergirl at 1:51 PM