I went flying with eagles 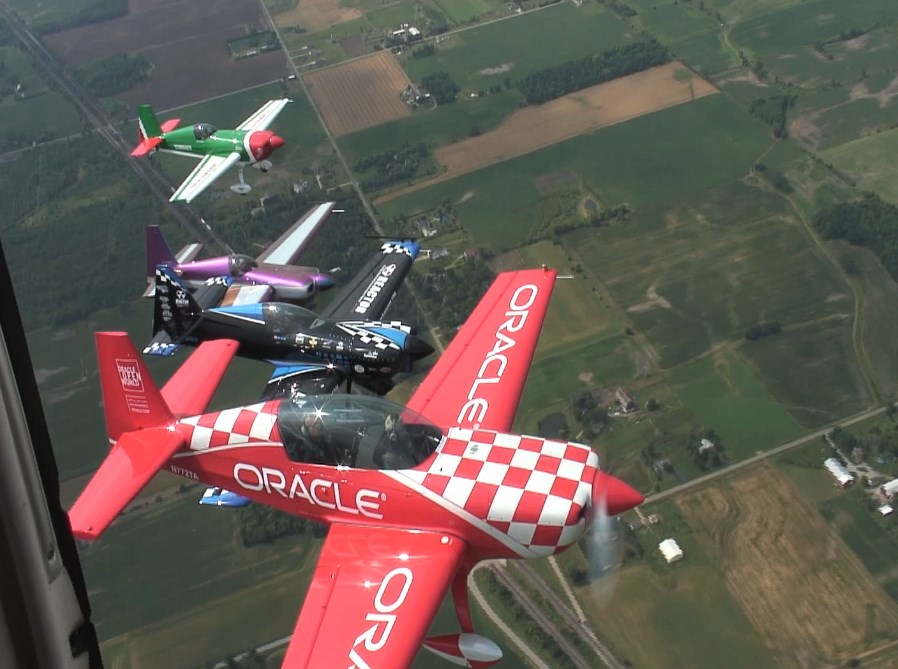 It's my favorite week of the summer as far as work goes.

It's EAA AirVenture week. Also known as the week airplanes and pilots from around the globe converge on Oshkosh for a week of all things aviation-related. There are the military aircraft, the vintage aircraft, the Warbirds from World War II and other conflicts and the new advances in aviation.

It's also the week I really don't need an alarm clock. Seeing as my apartment is right behind the airport where all the action is happening and the loud rumbles of the Warbirds usually fill the skies around 8 a.m., although today I swear they were taking off at 6:57 a.m. 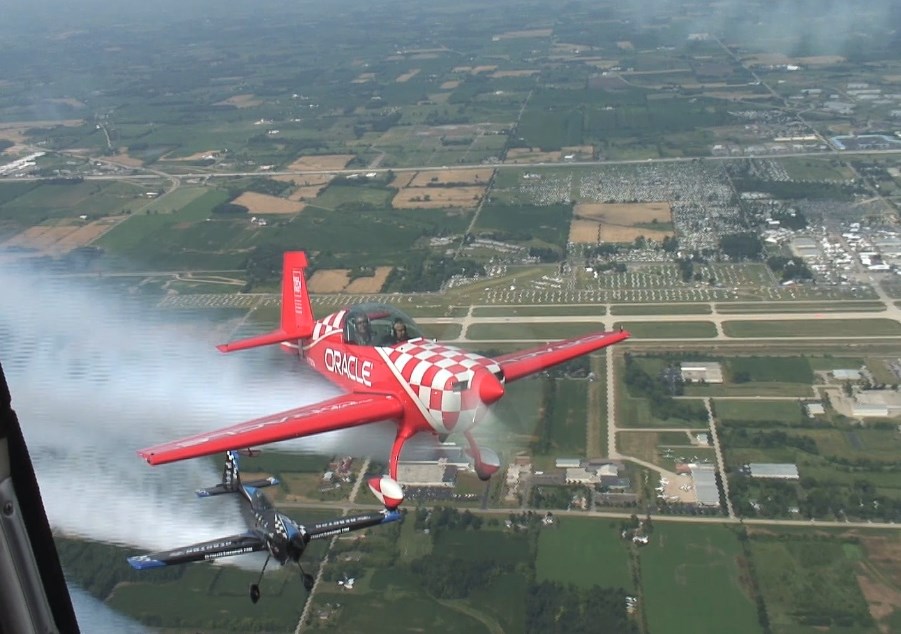 And for work, I get to spend an entire week on the grounds, finding the great stories and listening to people talk about their aircraft.

It's been no different this year.

Today I got a pretty spectacular assignment. EAA has a program called Young Eagles, which aims to give kids a free airplane ride as a way to introduce them to aviation. The chairman of the program is Sean D. Tucker, this crazy aerobatic pilot who is amazing to watch. But Tucker's also pretty cool when it comes to Young Eagles. As chairman, at each air show he performs at Tucker gives one kid a Young Eagles flight. 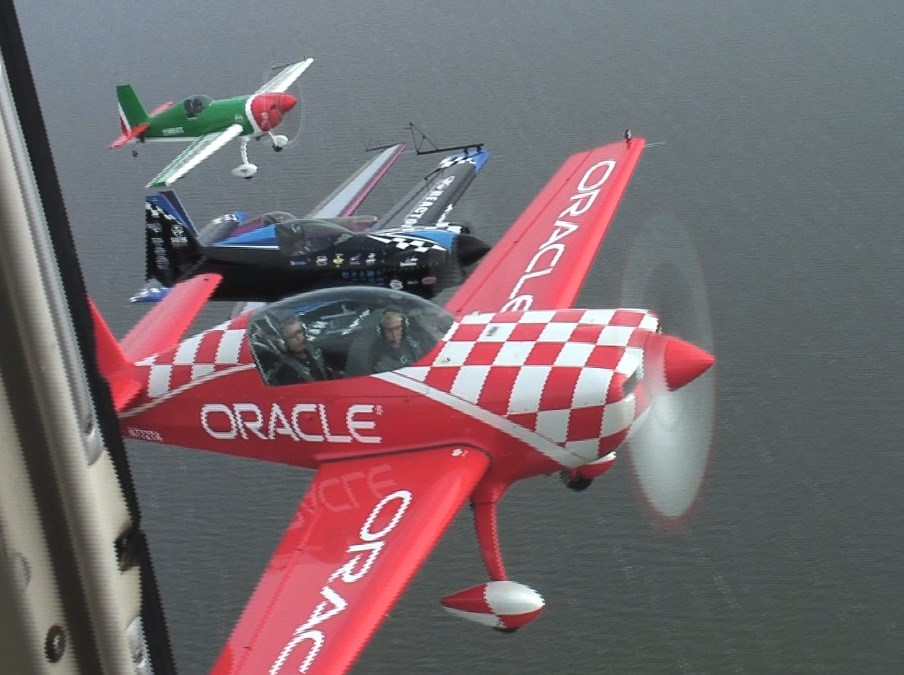 Today was that flight.

And me? I got a spot in the chase plane so I could get video of the flight.

How's that work, you say? Well, the plane was missing a pretty important piece. It's called the side panel. Yup. There's a big gaping hole cut out of the side of the airplane that allows people to have a great vantage point to shoot video or photos. Normally I'd so, heck no. I'm not going up in a plane that's missing large chunks of siding. But this was an opportunity I couldn't miss.

So I strapped myself in, made sure the cord attaching me to the inside of the plane was secure and said, let's fly.

I admit, it was a little hairy at first. I mean, there I was, flying way above the ground (who knows how many feet) and there was nothing solid to my left. Just an open hole and the ground, really far below. But the view? Amazing. The shots I got of the aircraft (there were four planes that flew in formation during the Young Eagles flight)? Spectacular. Find the story I wrote here, the video is below.


So much fun and such a great experience.

Now I just count down the days until the U.S. Air Force's Thunderbirds get to town on Thursday. So. So. Excited for them.
Posted by Badgergirl at 10:21 PM