In another installment of "race reports from a month ago," I bring you the Chickenfest 5K.

Every year, there's a  small community festival called Chickenfest in my parents' neighborhood. It's held at the park that's a 5 minute walk from my mom and dad's. It's your typical Wisconsin festival. Beer, food, music, kids' rides and (because we're lucky) fireworks. Oh, and they do the chicken dance every hour, on the hour. 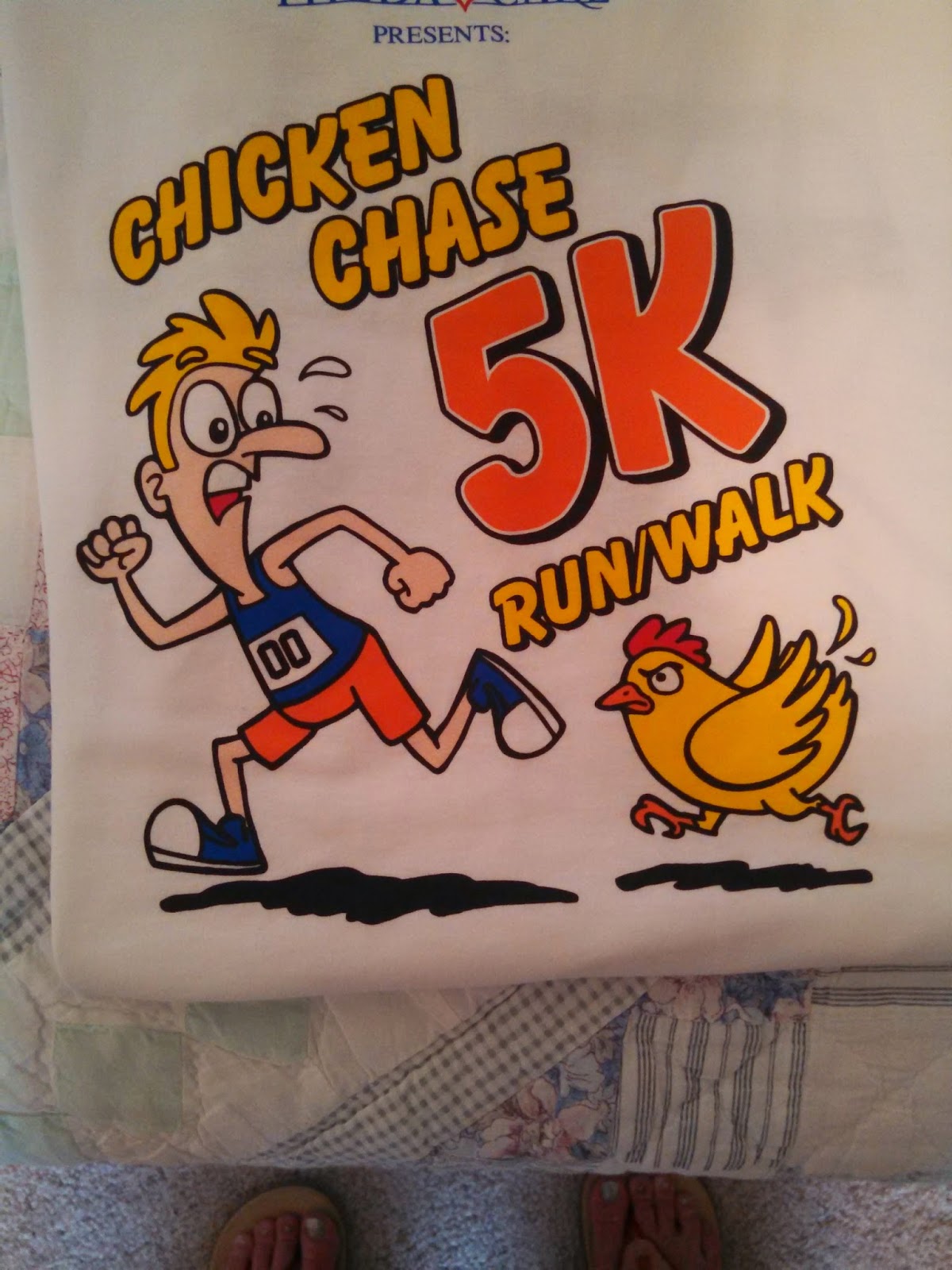 This year, they added a 5K run and since it's Chickenfest and the route is on roads I run regularly when I'm at mom and dad's, I had to do it. Plus it was cheap.

Going into the run, I was a bit worried. Remember, car accident. Hurt back. And heading down to the park and walking on the uneven, muddy ground for the fireworks the night before didn't do it any favors. In other words, it was already angry with me. 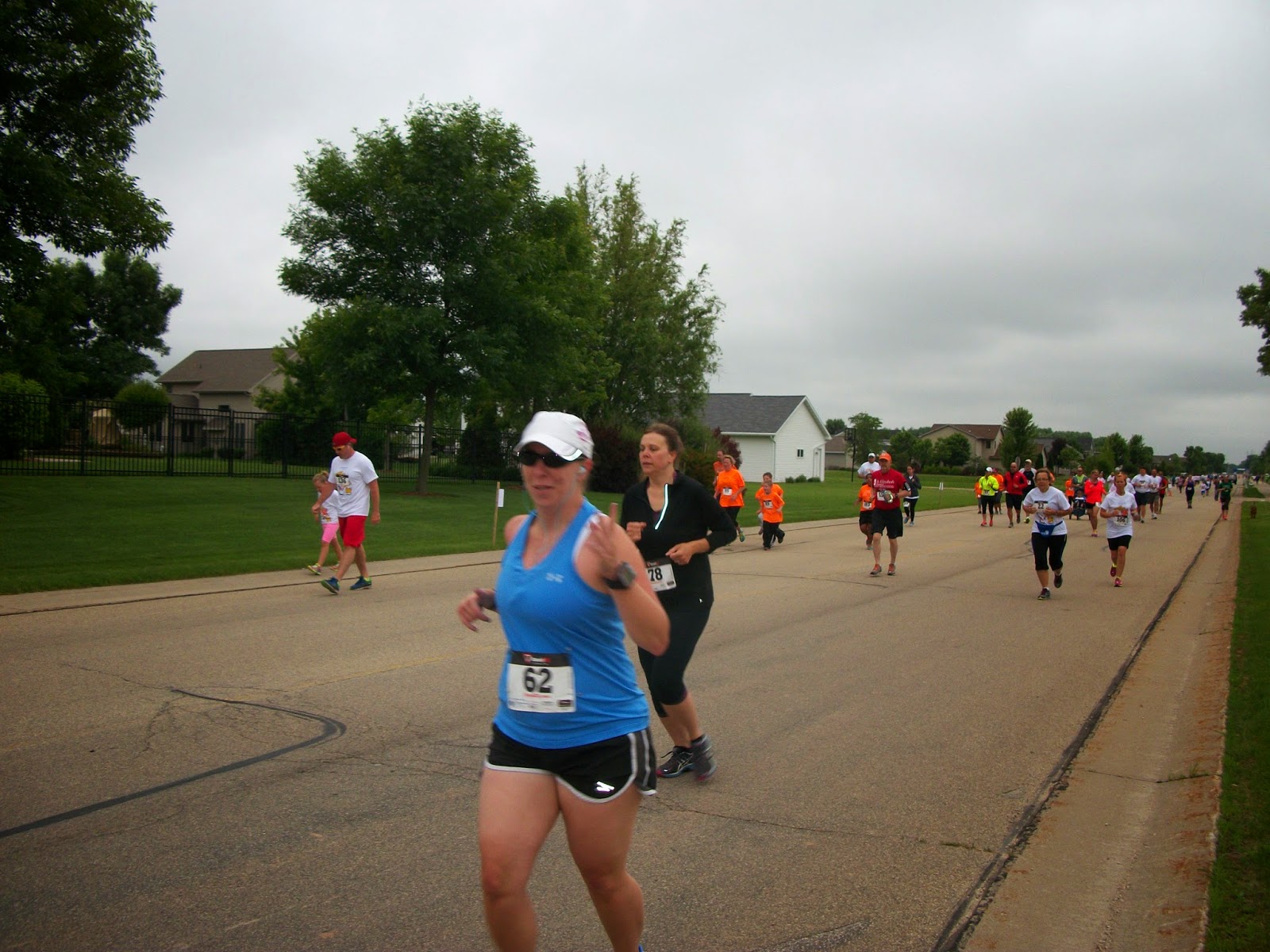 Dad was walking the race and I was running, so we headed down to the start line. It was pretty low key start. A state trooper who lost his leg when he was hit by another car while responding to an accident earlier this year basically yelled "go" into the bullhorn. And we were off.

And pretty much immediately I thought I might have to pull out. My back hurt so bad. Like, sharp, throbbing pain. When I got to my mom, who was standing at the end of her block less than a half-mile into the race, I briefly considered stopping. But I kept running. 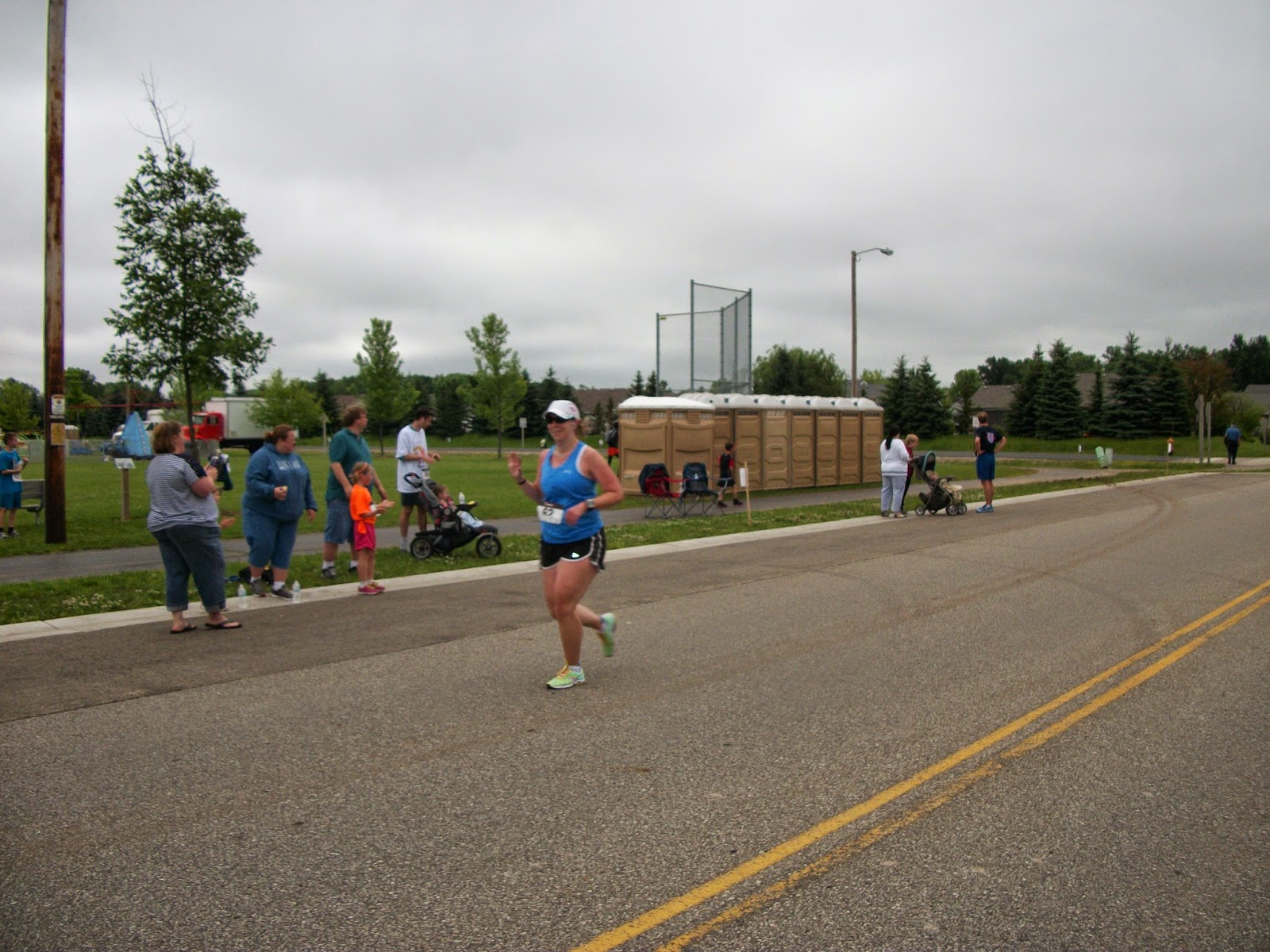 About a mile in, the pain subsided a bit and I was able to run a bit more comfortably. But it still hurt a bit. I ended up finishing the race, grabbing my cookie and water and went to wait for my dad.

It was a fun little community 5K. I kind of hope they bring it back next year.
Posted by Badgergirl at 1:07 PM

Fun! I hope your back heals up quickly. We had a pig fest here a few weeks ago, but there wasn't a race to go with it so now I feel left out.