The best kind of vacation: The one with no plans

Before I give you a photo heavy post of what I did during a week off of work, I want to take a moment and send off my thoughts and prayers to all those on the East Coast whose lives are being impacted by the monster storm called Sandy.

As I sit here and the news of what's going on on the East Coast floods in, I'm almost dumbfounded. Never did I think I'd hear of NYC going dark, the trading floor of the New York Stock Exchange under three feet of water or see a picture of a shark - yes a shark - swimming in front of a home's front porch in Brigatine, NJ. (Update: I admit, 12 hours after the storm was at its worst, I now know some of these things didn't happen - the NYSE didn't flood and that pic of the NJ shark? Suspect. But we can all agree this was a crazy storm that caused a ton of damage and some of the images and stories coming out where downright surreal.)

Once again, thoughts and prayers go out to you guys. And I hope you all stay safe.

Now. On to that week of vacation. 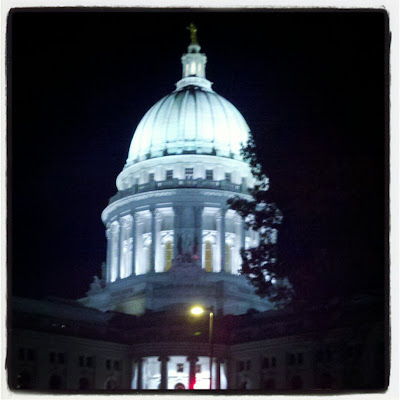 The Capitol at night.

My week started with a road trip to Madison, where I met up with my roommate from college. We met up Friday night and caught up over dinner at The Old Fashioned, this really great restaurant on the Capitol Square. Then it was time to head back to our hotel and get ready for Saturday. 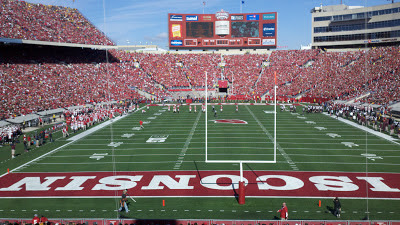 It was time to head to Camp Randall to watch the Badgers! It was the Border Battle weekend, when Wisconsin and Minnesota battle it out on the gridiron for Paul Bunyan's axe. That axe is making a bit of a home in Madison, and guess, what, after the Badgers beat the Gophers 38-13, it's staying in Madison. 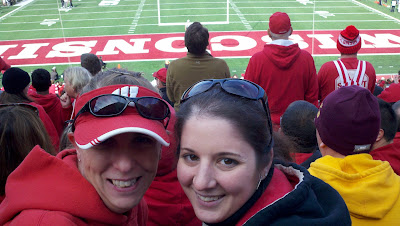 A couple of Badgers

It was great to be able to catch up with my old roommate and of course get the chance to watch the Badgers. But sadly, I wasn't able to stick around Madison for long after the game because I had to get back home to catch the second half of my cousin's wedding. 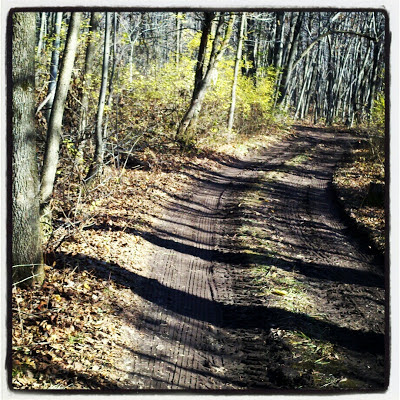 Hay ride through the woods

There was a trip to the apple orchard on Sunday where I indulged in a caramel apple with sprinkles and a hay ride followed by a drive around Lake Winnebago. It's been a long time since I took that drive and it was worth it.

The rest of the week off? There was a dentist appointment (no cavities!), a trip to sell some books I'll never read again at the used book store, some reading and I watched the entire fifth season of Gossip Girl (what, the library only let me have the DVDs for five days). Oh, I also ran a Halloween-themed 5K on Saturday (race report to come soon) and almost died watching the Badgers lose to Michigan State that afternoon. A death that was almost quickened due to hearing the Badger basketball team lost its projected starting point guard due to a torn ACL.

The rest of the time? I did a whole lot of nothing. And let me tell you, it was glorious.

Unfortunately it all came to an end today. Going back to work kind stunk. Sigh. When's my next day off?
Posted by Badgergirl at 9:33 PM

sometimes nothing can be the best something ever. xoxo