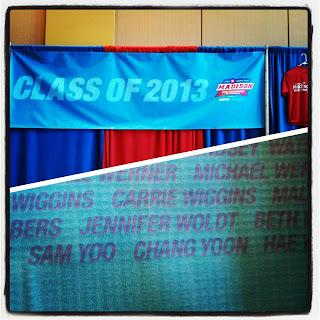 This was my third time heading down to Madison for the Madison Mini Marathon. And let me tell you, it's always a great experience.

I mean seriously. A course that starts in front of the Memorial Union, takes you up past the Capitol, down State Street, through campus down to the Henry Vilas Zoo and then the rolling hills of the UW Arboretum. Then it's through some neighborhoods, back out by the UW Hospital and then it's onto the Lakeshore Path for a two-mile run back to the finish line in front of the Memorial Union. What's not to like? Oh, the post-race party on the Terrace is pretty fabulous as well. 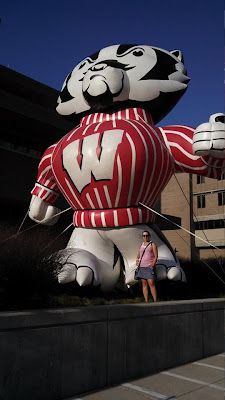 I got down to Madison Friday night, met up with my friend Jodi and we headed down to campus to pick up our race packets. And I needed to stock up on some fuel, since I had none at my house. Nothing like breaking that cardinal rule, nothing new on race day, since I would be going with Shot Blocks. Then it was off for a pre-race meet up with more friends for dinner. 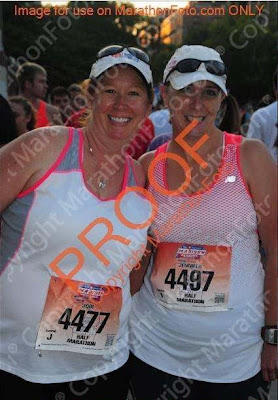 I had no goals heading into this year's race. It would be my longest run since Green Bay and I just wanted to enjoy myself. I ended up meeting up with my friends Erica and Aaron and we ended up running together. We kept a nice easy pace, chatted, threw in some walking when needed. Erica started cramping somewhere in the Arb and she kept telling us to go on without her, but we stuck with her. 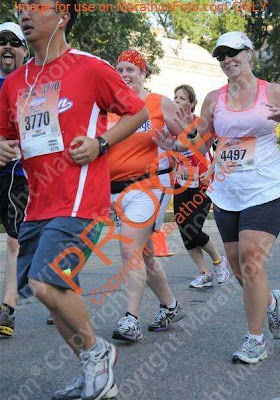 Dear Runner 3770, you ruined what would have been a perfect picture.

Somewhere around Mile 10 it started getting warm and they told us the race was raised to a yellow flag, or one of those, "Hey, it's getting warm. Be careful and remember to drink fluids" levels.

With two miles to go, Aaron and I decided to split off from Erica. We knew she'd be able to handle the last two miles just fine. We started to run. Right after the UW Boathouse, with about 0.75 miles to go, I was the silly one who looked at her Garmin, noticed we could hit 2:55 if we pushed it. And then I mentioned it out loud and Aaron was all for it. D'oh. I should have kept my mouth shut.

So we ran. Pushed the pace. Actually, Aaron pulled me at times. And when we got off the path and made the turn on to Park Street, where's there's this little uphill, my legs revolted. They'd had it. No more. As much as I didn't want to. I walked. Yes. I walked a block from the finish line. I'm kind of ashamed to admit that. But my legs were done. 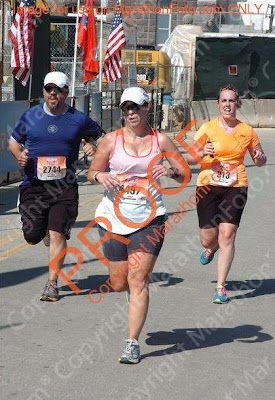 Before we made the final turn, I started running again, turned and I have to say, had a pretty decent kick to the finish.

Then it was time for the post-race festivities on the Terrace with friends and beer. 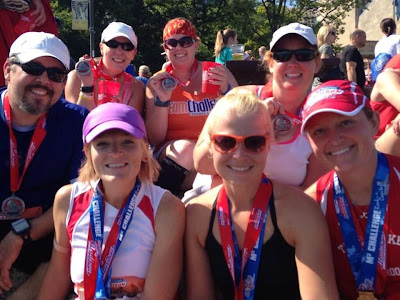 And it was races like the Madison Mini that reminded me how much easier it is to run long distances with friends, when the chatter can keep you occupied or they can push you to a finish.

Not surprising, it was a good day. 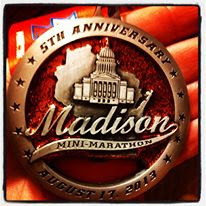 Posted by Badgergirl at 3:14 PM