Hang on, it's going to be a busy month or two

Seven days into August, you would think my summer would be starting to wind down.

If anything, my summer is about to get crazy busy. And I'll have to remind myself to take time to breathe.

It all started last week, when I spent the entire week out at AirVenture. For those of you have been around for a few years, you know this is my favorite event to cover each summer for work. A week of airplanes and aviation enthusiasts. So much to see, so many stories to tell. 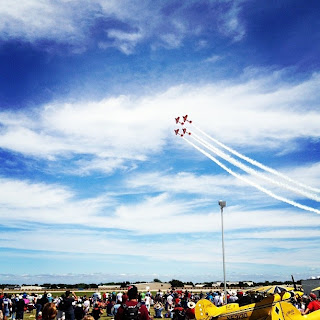 This is what I watched in the afternoons last week.

Since I left the shack on Friday at 5 p.m., I've been on vacation. It's been needed. I haven't done too much. I've gone to two going away shin-digs for two co-workers, read two books, got in a decent 9-mile run and even a bit of speed work. Today, I've watched as people throughout my community have had to clean up after a wicked storm moved through the area overnight. 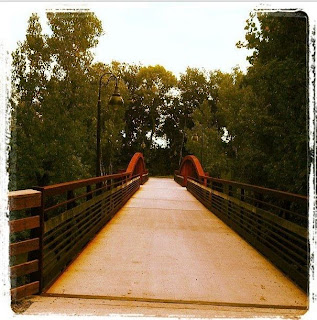 Seen on my long run.

My plans for the rest of the week include more reading, a possible trip to Packers training camp tomorrow and sneaking in a 10-mile training run before the weekend. And then there will be rest. Because Friday afternoon the craziness of the next two months begins.


Friday I'm taking off for Milwaukee where I'll meet up with friends to volunteer Saturday at the USA Triathlon Age Group Nationals. We've got aide station duties and I'm pretty sure it'll be a good time.

I get a weekend off! Mostly to catch my breath. 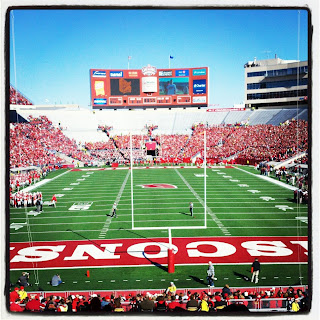 But then it's back to Madison on Aug. 31 for the season opener at Camp Randall! Football's back! I'm going to watch the Badgers with my friend Renee. And while the game itself won't be nail biting, it'll be a great day. Football. Badgers. A good friend. And Madison. Need I say more?

I throw in one more trip to Madison on Sept. 7-8 for Ironman Wisconsin weekend. I'm helping cheer on a good friend's husband and I hope to spot a few other folks who will be out on the course as well.

I get lucky and get another weekend off before it's time for the Fox Cities Half Marathon on Sept. 22.Yeah, during all this craziness and traveling I've still got to fit in time to get the long training runs in.

Finally after Fox Cities things start to die down a bit and I don't have any other races on the schedule until I head back to Lake Mills in November for the Tyranena Beer Run.

It's going to be a crazy, busy few weeks, but it's going to be so fun. However, I'm tired just typing those plans out. I think I need to go take a nap now.
Posted by Badgergirl at 4:52 PM

Lemme tell you a think or three about busy weeks.....