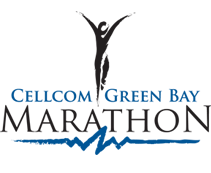 1. It's race weekend! Again! This time it's the Cellcom Green Bay Half Marathon. If you would have asked me two weeks ago - heck even a week ago - I would have said this was definitely my A race for the spring. Now? I'm not so sure. It might turn into a run, survive and have fun kind of day... 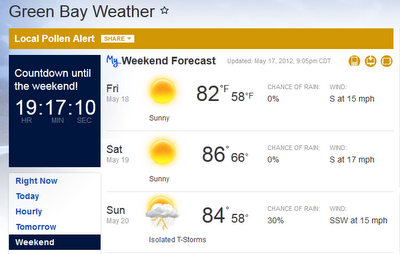 2. Because have you heard about the weather? Almost 70 at the 7 a.m. start, with temps climbing. Oh boy. This girl wasn't ready for that two weeks ago in Ohio. And I'm definitely not ready for it this weekend. I'll probably even be happy for that wind, as long as it doesn't turn into the steady 40 mile per hour winds I had to deal with last year.


3. So goals. Of course I've got them, even though it's supposed to be hot warm. Considering I failed at hitting my goals for Columbus two weeks ago - well I did manage to have fun, so it wasn't a complete failure - I think I might go with them again. Or at least something close to them.
4. I know. I know. I still owe you a Cinco de Mayo 5K race report along with a recap of the other things we did in Columbus to keep us busy. And a Sole Burner 5K race report from last weekend. I'll catch up. Someday. Hopefully this weekend since I took an extra day off work and should have some time.
Posted by Badgergirl at 8:00 AM

Email ThisBlogThis!Share to TwitterShare to FacebookShare to Pinterest
Labels: Running shoes, That half marathon thing