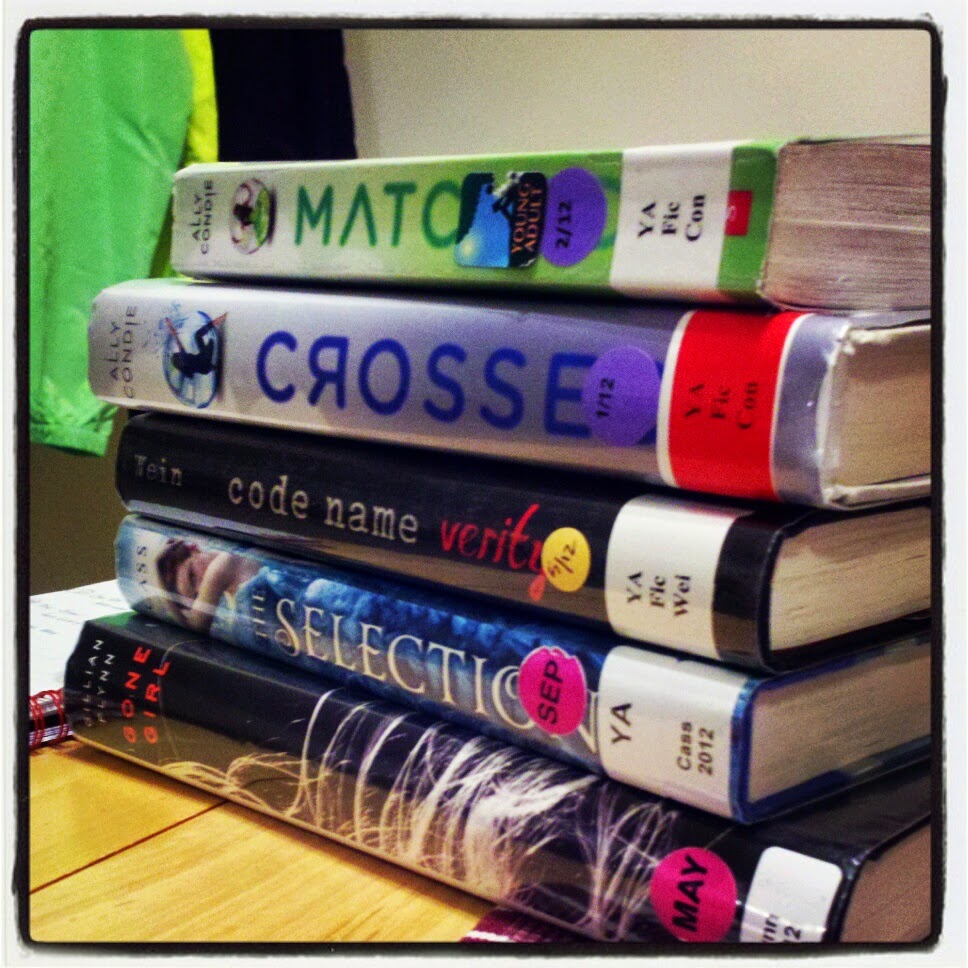 First, a look at some stats. I finished 102 books and 33,136 pages. That's a lot. A lot of books. A lot of pages and a lot of trees that are probably dead. Fear not, I'm starting to save a few trees by reading more titles on my Kindle, which I love. Each book averaged 325 pages. I finished an average of 8.5 books and 2,761 pages per month.

Other numbers that jump out?

The shortest book I read was Castle Hill by Samantha Young at 97 pages. OK. Maybe it's more of a novella, but it's still on my list and therefore counts as the shortest thing I read. The longest was A Feast for Crows by George R.R. Martin, which came in at 976 pages. That was a beast, but so so good. There were a couple of authors that showed up on my list multiple times, including Samantha Young (5), Richelle Mead (6), Kiera Cass (3), Tara Sivec (3), Deborah Harkness (2), John Green (2), Jill Shalvis (3), Tara French (2), Rainbow Rowell (2), Janet Evanovich (20), Liane Moriarty (2), Ian Doescher (3), Sylvia Day (4) and  Emma Chase (4).

My takeaways for the year?

A big reason I was able to hit 102 had to do with Janet Evanovich and the Stephanie Plum series. I mean seriously. When I plow through 20 books in the series as quickly as I did, that's a big chunk of my reading totals. That being said, they weren't the most amazing things I read this year.

Absolute favorites for the year include A Feast for Crows, the two Tana French books and Big Little Lies by Liane Moriarty. Two that I would tell people to put down and run far, far away from would be Love in the Time of Algorithms and Someday Maybe.

Throughout the year I did a fairly detailed monthly review of what I read. Check out the links for lists, ratings and a sentence or two about what I thought.

So what kind of reading goals have I set for 2015? Last year it was all about chasing numbers. I know it would be really hard to break 102, so I don't even know if I'm going to try. I'm going to set a reasonable book number, because I want 2015 to be about reading for enjoyment again, not necessarily numbers. I'll aim for 50 again because that's been about average the last few years.
Posted by Badgergirl at 4:00 PM

Email ThisBlogThis!Share to TwitterShare to FacebookShare to Pinterest
Labels: Books