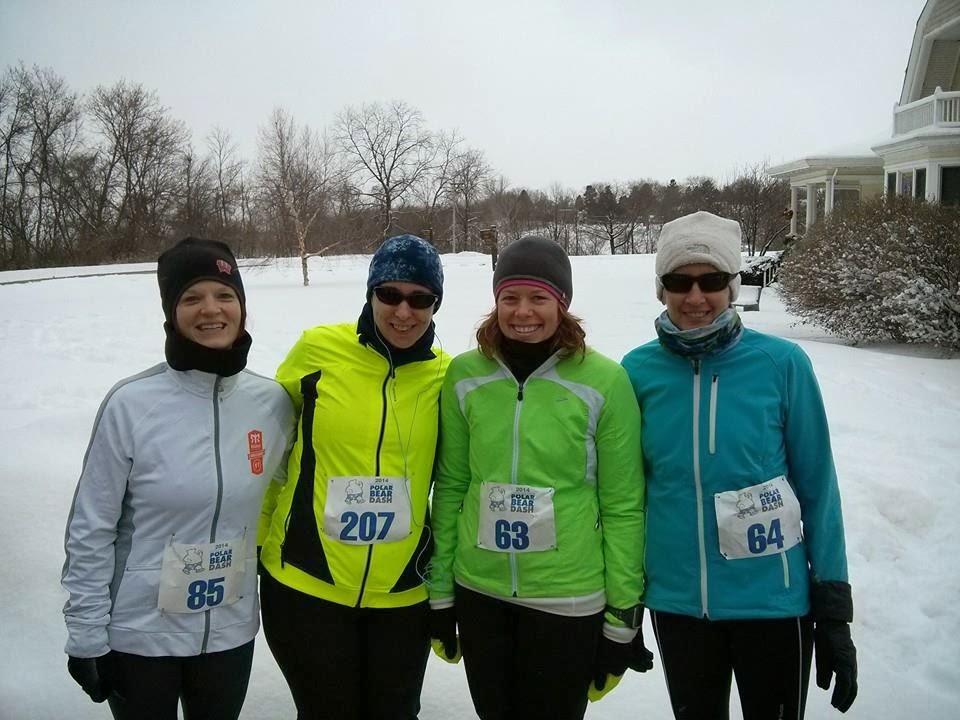 My first race of 2014 was in the books a mere 12 hours after the new year began.

I was down in Milwaukee celebrating New Year's with friends. We didn't get dressed up all fancy or anything. Nope. The theme of the night was yoga pants, t-shirts, a smorgasbord of food, beer and Cards Against Humanity. Oh, and the 90s Spotify station.

We woke up to a fresh 4 inches or so of snow on the ground New Year's Day and snow still falling from the sky. Oh, and coldish temperatures. Not quite the single digits we had last year, but still kind of chilly.

Soon we were off to Grant Park in South Milwaukee for the Polar Bear Dash 5K.

There was light snow falling when we lined up at the starting line and even though it snowed overnight, the road we were running through the park on was fairly clear. That was good news for me, since I don't have Yak Trak and I neglected to through my trail shoes, which have a little bit better traction, in my car when I left for Milwaukee the night before. So the roads were good, but there were still a few spots with a little iffy footing, but nothing too bad.

Oh, and there was some wind. Mostly a crosswind, but it really wasn't a problem. Well, until we got to the last two-tenths of a mile.

So of course we run down a hill to a boat landing area. I get to the edge of the parking lot, where I'm supposed to start running on the beach and I see I'm not only going to be running on sand, but also through snow drifts that hit me at mid-calf height. It was tough. 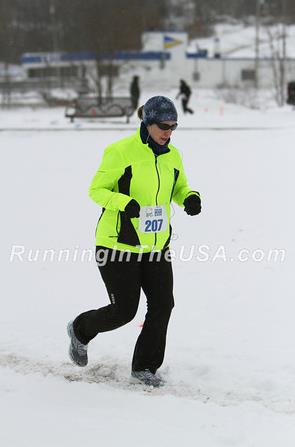 I make the turn and it would only get tougher. Remember the wind I talked about? Well, when you're running mere feet from the shore of Lake Michigan, the wind picks up. And now not only am I running in snow drifts on a sandy beach, but I'm also running straight into a nasty gusty wind.

But I finished. And no. I did not opt to jump into Lake Michigan after I crossed the finish line. That would have been crazy.