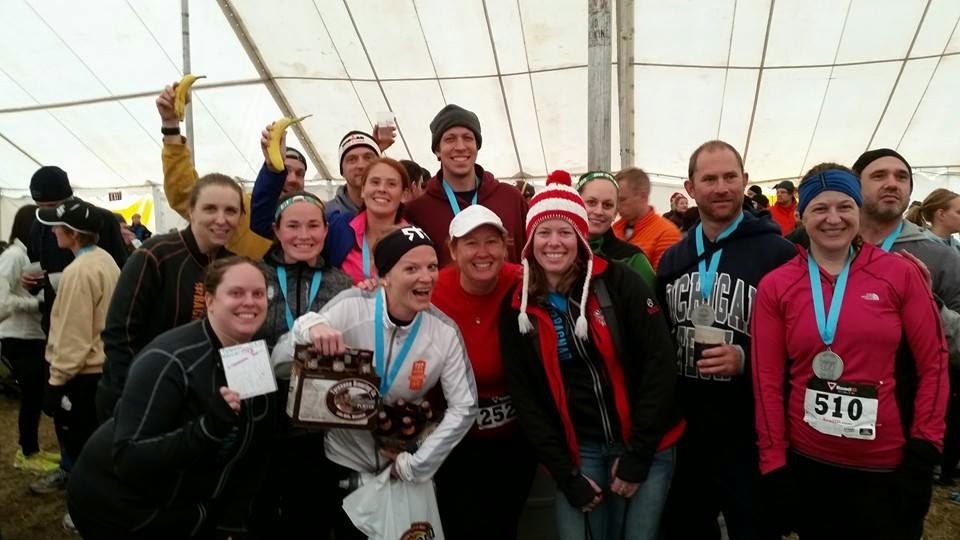 The calendar says I'm getting this race report written before the race was technically a month ago, so that's a win, right?


I went into the Tyranena Beer Run with absolutely no expectations. I mean, I hadn’t run in a month. I was going to be fighting a steady 20 mile per hour wind. I didn’t have a clue what to expect on the course since I’ve never run the sixth-barrel at Tyranena before. Lots of unknowns.

All I wanted to do was finish. And have fun with my friends.

But if you really want to know, I finished in 54 minutes, a solid 12:00 minute/mile pace. Which yes, is a little slow. But remember, no expectations. And that does include a couple of walk breaks. I’m proud to say I ran most of the hills.

Like I said, the route was new to me. It started out the same 1.5 miles or so through downtown that the half marathon runs, but then it makes a left hand turn uphill into a neighborhood. This was the only hill that I walked in its entirety. It was long. And kind of steep. The course stayed in neighborhoods, winding its way passed some pretty houses to a lakeside park, where there was a water stop at Mile 2. I then ran along the lake for a bit more and eventually ran back up a long hill into some more neighborhoods and suddenly found myself running passed Lake Mills High School, the site of Exchange 6 for Ragnar. Unlike the half marathon route, we never got dumped into the industrial park, and the one small section where it had that little bit of an industrial park feel, it was still pretty. If that makes any sense. Then one last turn and I was back at the brewery.

Can I let you in on a secret? Yes. I didn’t get a medal and there was no unofficial beer stop on the race route. And yes, it was kind of annoying that we had to wait an hour after the half marathoners started before we could run, but I liked this option.

So many times I say I’m going to keep training after Fox Cities, but I always end up going into Tyranena kind of undertrained and not quite in race shape. So it takes me longer than normal to finish. And by that time, my friends have all been done for up to 45 minutes, they’ve inhaled their post-race lasagna and are nearing the time when they pack up and are getting ready to go home.

In other words, I miss out on some of the post-race fun.

This year? We all finished within 15 minutes of each other. So we were all basically sitting down to enjoy our beer, lasagna and post-race fun at the same time. It was great. If I had to register tomorrow for the 2015 race, chances are I’d sign up for the sixth-barrel option, unless I am certain that I’m going to be in race-ready shape to run 13.1 miles. It’ll be a decision I’ll make next summer though.
Posted by Badgergirl at 10:00 AM