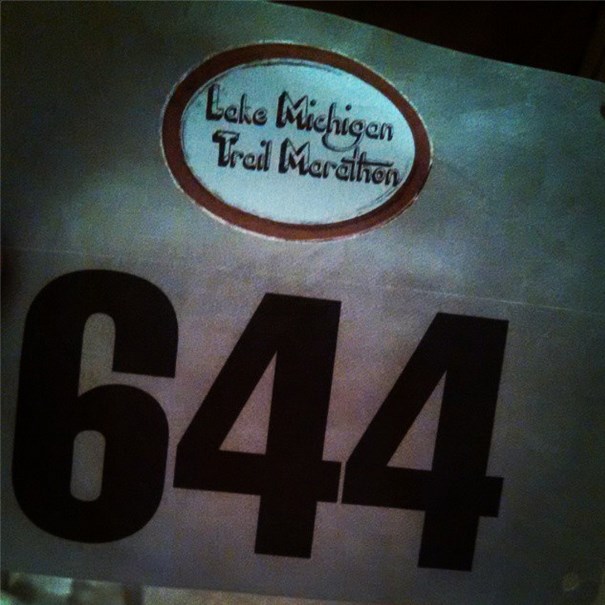 I was totally unprepared, but I went and ran a half marathon last weekend.

Last winter, it was announced there was going to be a new race in Milwaukee that was going to utilize county parks and trails. Along with a bunch of friends, I signed up. At that point, I figured it was going to be half marathon 2 of 3 during a one month period for me. 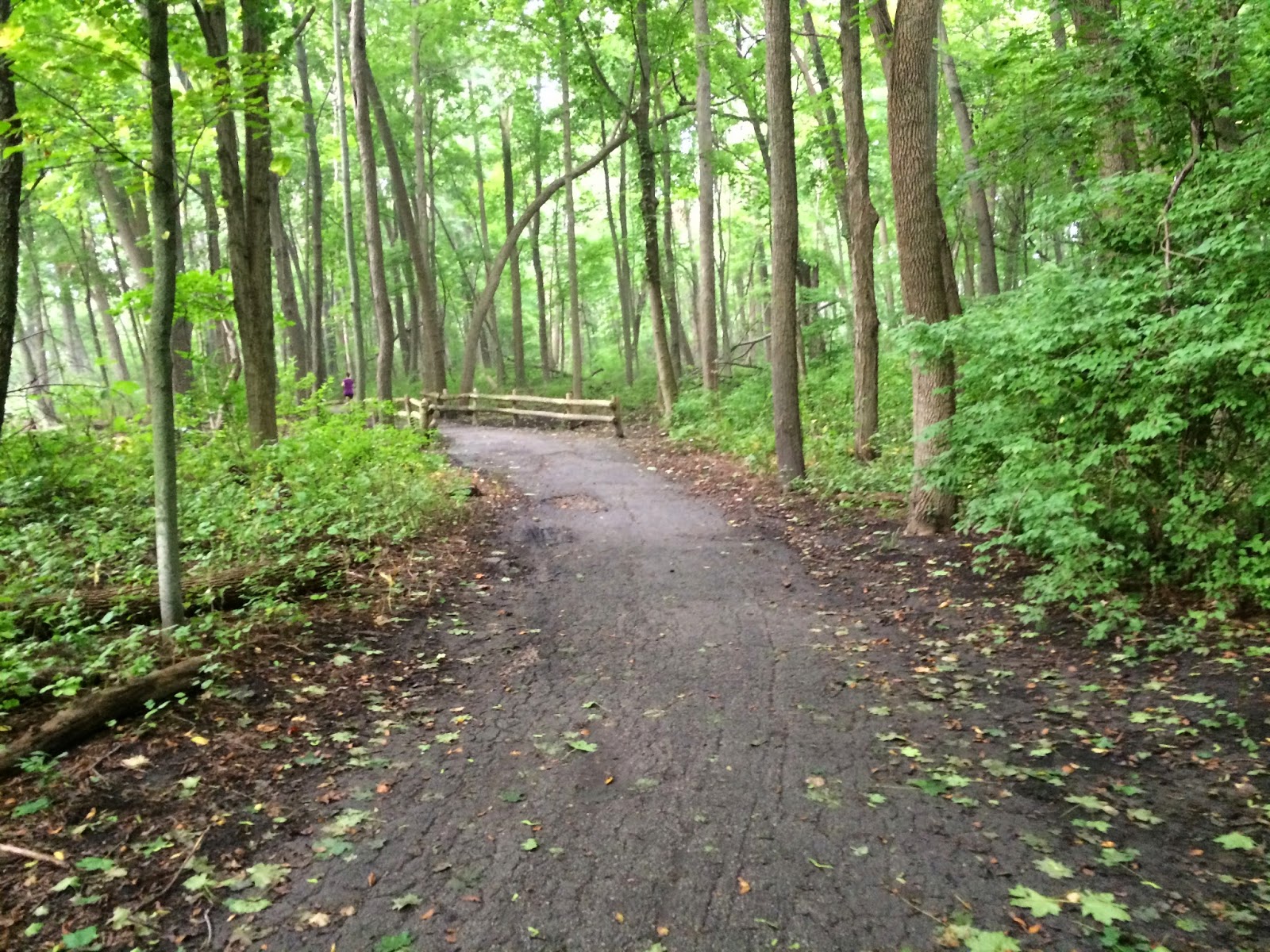 Well, it's turned into my first half marathon of the year since I was in a car crash the day before the Green Bay Half Marathon and I decided to take a DNS at the Madison Mini in mid-August because I didn't want to hate the race that I love so much.

So the Lake Michigan Trail Half Marathon was going to be my first attempt at 13.1 miles this years. The race also offered a full marathon, 50K and 20-mile training run option, so there was no worry about coming in dead last.

But still. I was woefully under trained. Oops. 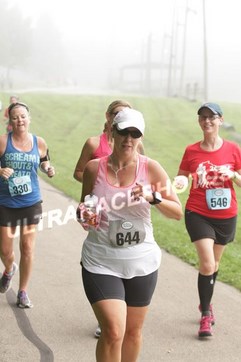 I went to the starting line with no expectations other than to eventually finish and have a good time.

That lack of expectations was a good thing since it was super warm and humid. As in, just standing at the starting line I could see the salt crystals starting to form on my arms. Oh boy. 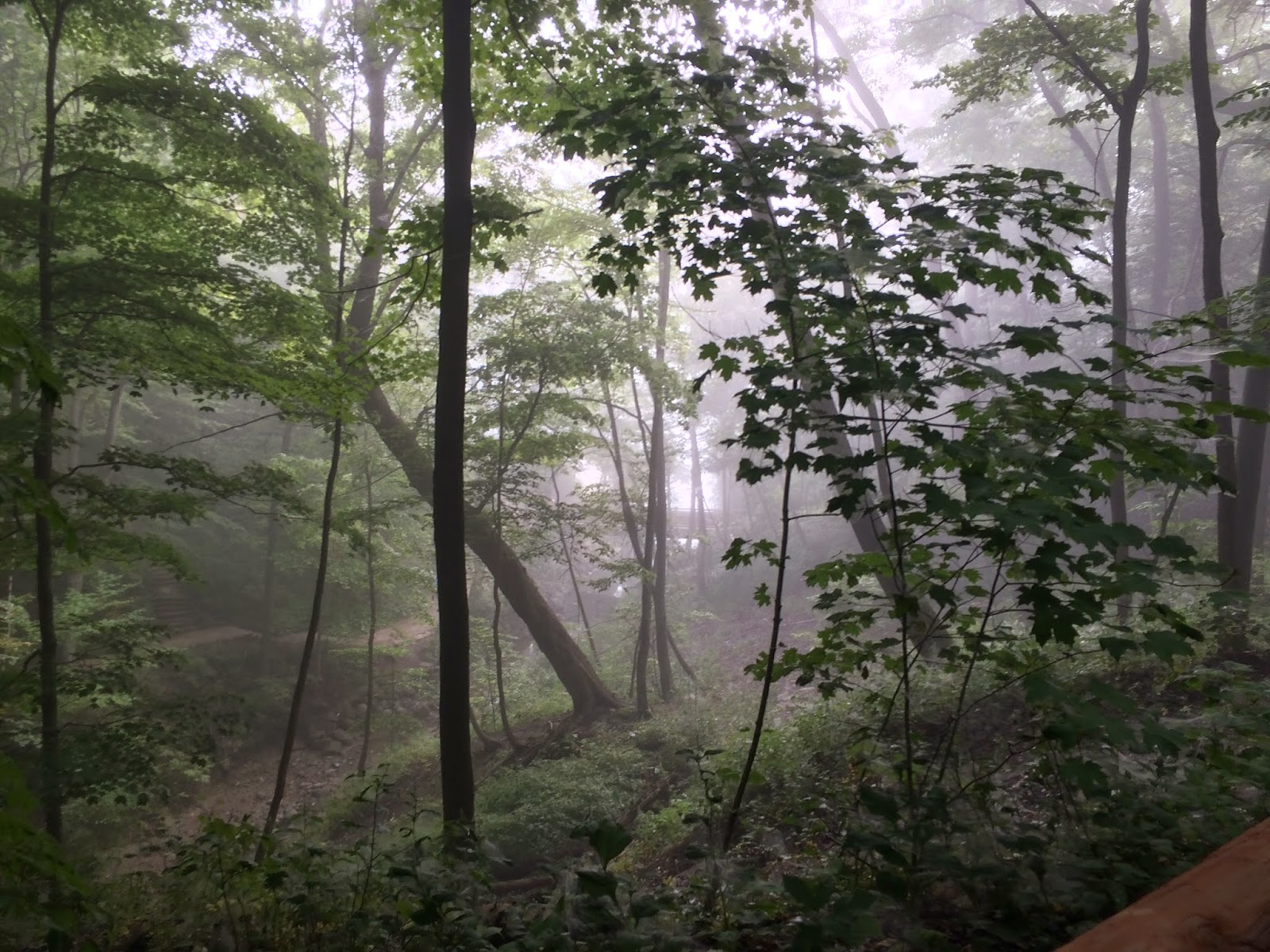 And did I mention it was foggy? Yeah. A good portion of the route was along Lake Michigan (hence the name), but given the amount of fog, if you didn't know you were running next to a big ole lake, you would have never realized it. So much thick fog. 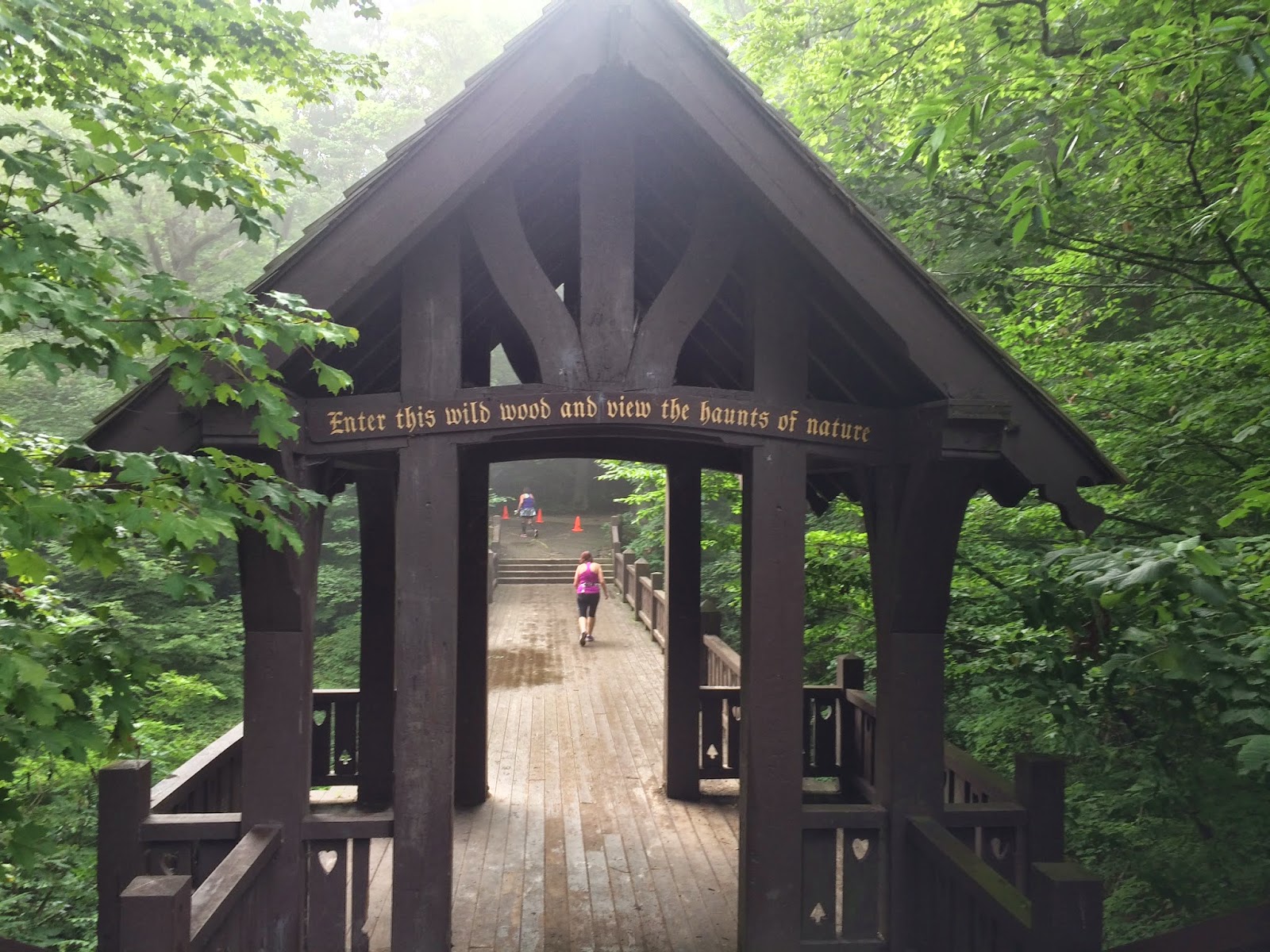 Kind of made it a little eerie, but oh so cool at the same time.

So like I said. No expectations. I just decided to aim for getting 7 or 8 miles in without feeling like I was going to die and then just coast until the finish line. 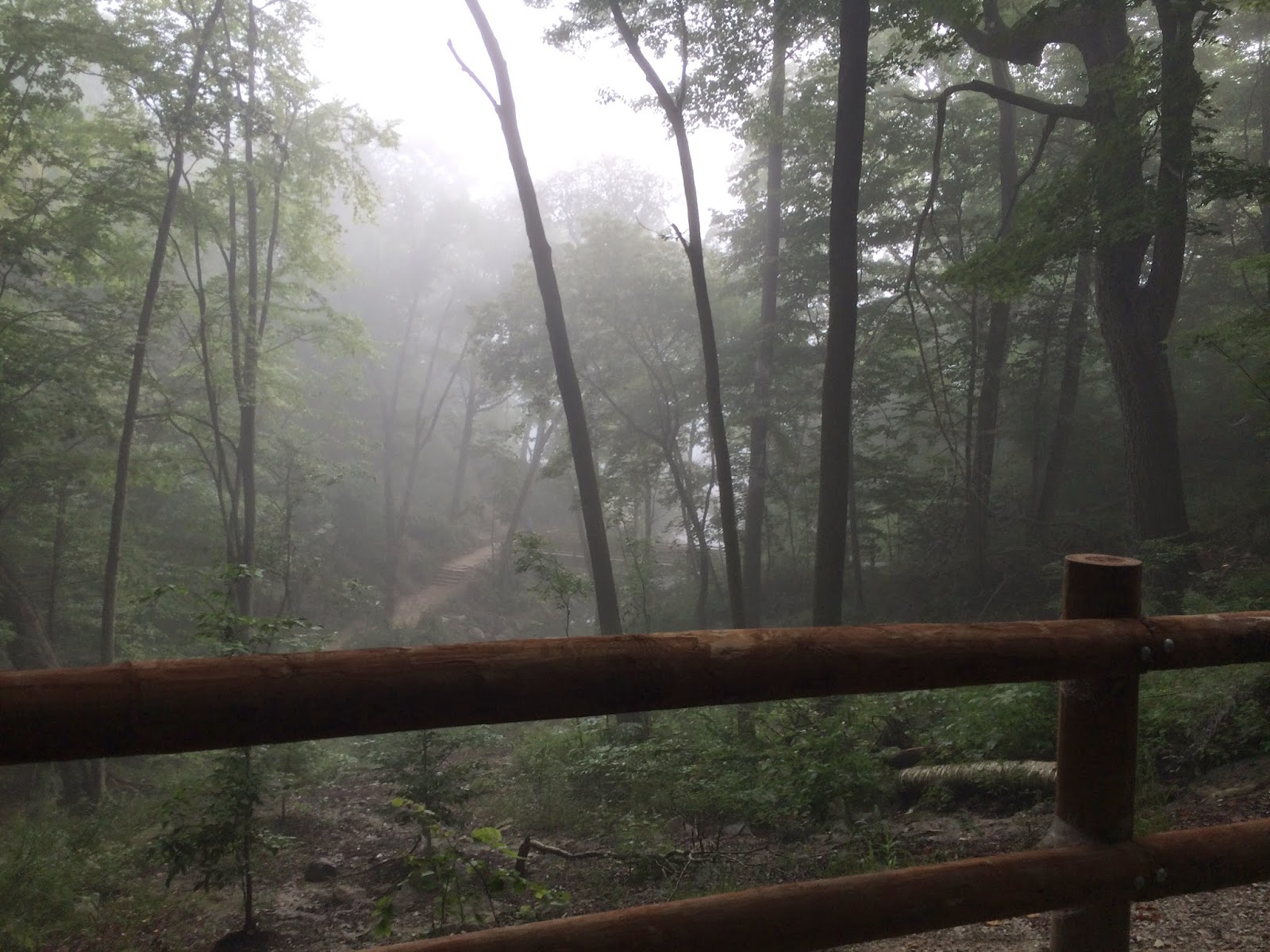 The first five miles were on a pave multi-purpose trail that ran through some of the parks. Then we got to play on the trails in the woods. And oh my gosh. Was it gorgeous. Even with all the fog. 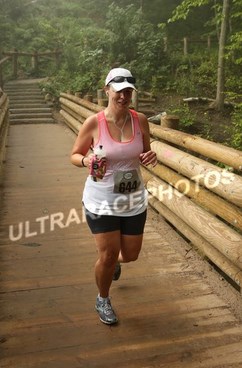 Somewhere around mile 8.5ish, the wheels started to fall off. My legs were getting cranky and tired, it was hot and I was rationing water because I wasn't quite sure when I was going to be coming up upon the next aid station. So I started adding in more walking. On the final back portion of an out and back, I ran into my friend Erica, who was struggling with an injury. We walked it in the final three-quarters of a mile and called it a day. 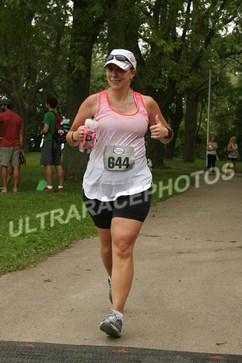 In the end, it was my worst time ever for a half marathon. But I enjoyed my time out there. The route was gorgeous, it was a good weekend with friends and after we had some food and drink, Erica and I went to go float in the pool at her condo for a good chunk of the afternoon. 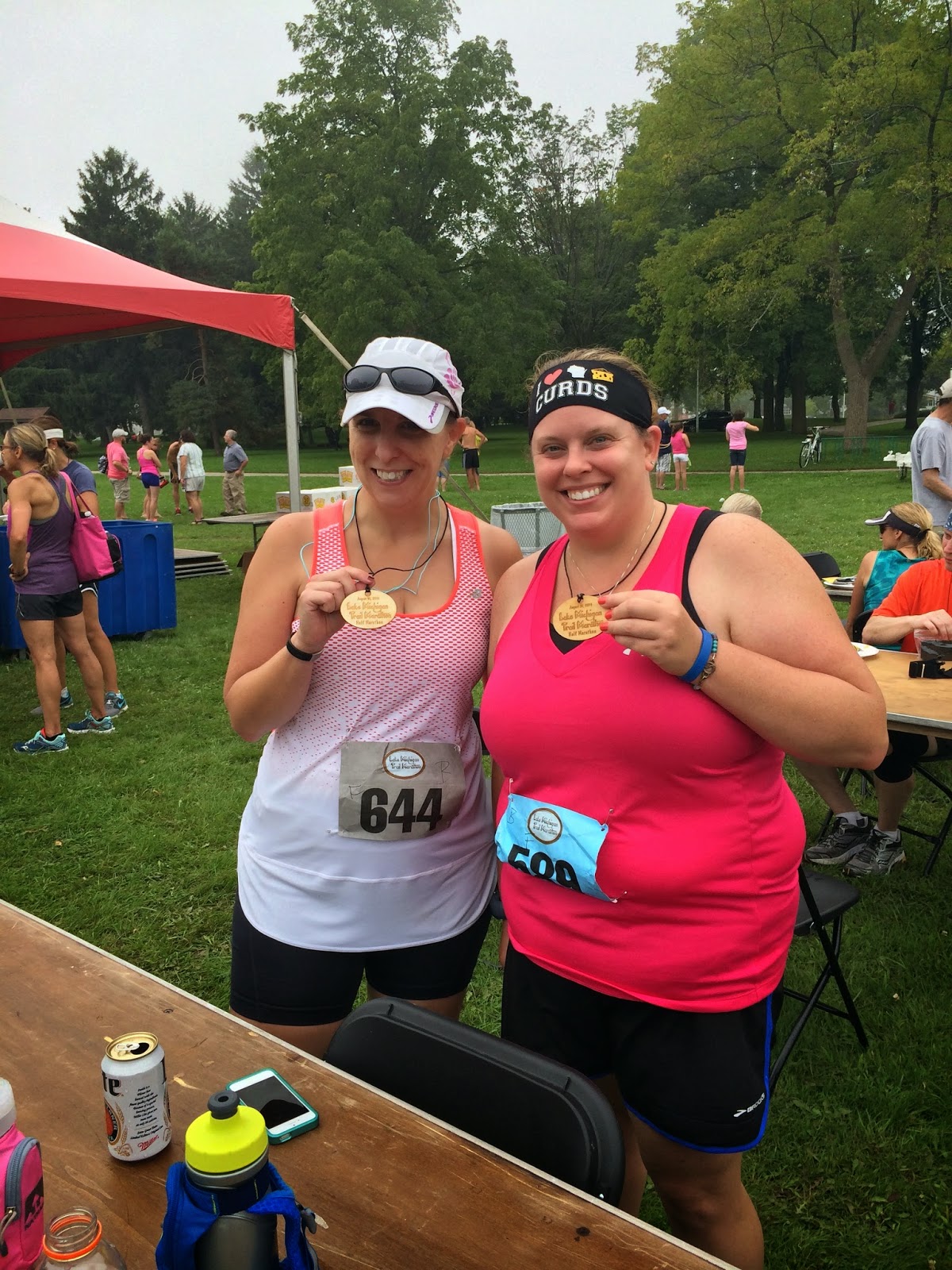 I'm hoping to go back next year and actually be prepared to run the race for a decent time.
Posted by Badgergirl at 12:00 PM